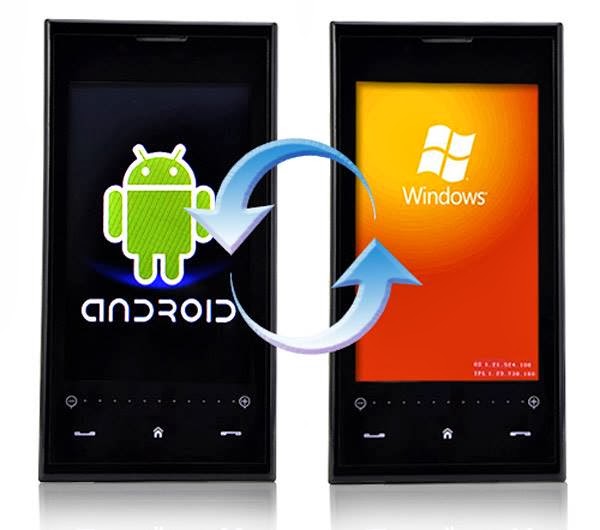 Mobile phone maker Karbonn is now getting up with there new strategy to get the place on the Mobile market. Company is planning to introduce a Dual-OS mobile phone which sounds interesting. After the Nokia release at MWC 2014, Karbonn has also trie to make something new to the mobile users.

This good news for all the mobile lover that, they can have both the popular OS mobile phones, Android and Windows. This will give flexibility to the user to use any of the mobile OS platform as they want. Company's is planning to launch Dual-OS phone by June.

Initially Karbonn is making the mobile phone that is running on Android OS , but now it seems something better and unexpected is coming. The company have just signed the license agreement with the Microsoft to make Windows-based phones and will put this along with its existing Android system to bring out the dual-OS phones in about six months, the company's chairman Sudhir Hasija said.

Presently Karbonn is having all its resource and manufacture from Taiwan and Korea, is now focusing to setup a new manufacturing unit in India. The company is considering Tamil Nadu to set up its factory since the state has access to ports and a precedent in the supply chain for mobile phone manufacturing with the Nokia factory.

Company's will focus on producing one million phones a month, says by Hasija. Karbonn have recently launched a local character apps for Android to gain attention of the customer.

As the users of mobile phone is rapidly increasing in India, so this could be the nice step by Karbonn, and also with the news strategy of making Dual-OS mobile phone.
#Android #Gadgets #News