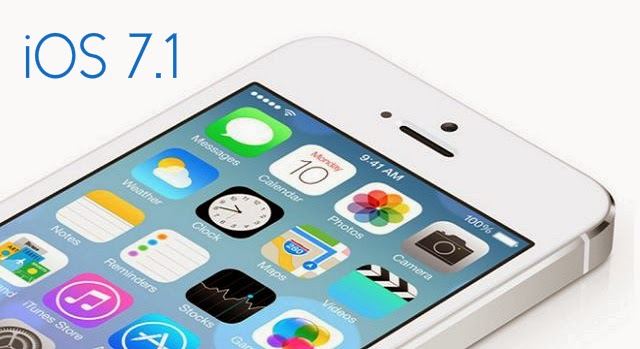 Finally Apple released it major updates of  iOS 7, "iOS 7.1" since its launched back in  September. Now the updates is available for developer, and it brings the changes to the Apple's mobile OS and other small changes has also been added.

New features has been added to Siri and can be activate by holding the button down, and home button while you speak and releasing it when you are done. Siri have got updates and improved with the more natural voices for Chinese, UK English, Australian English and Japanese.

Some of the minor updates has been introduce on iOS 7.1 includes updates to iTunes Radio, Calender and Accessibility, as well as subtle changes to the user interface. iPhone4 user will get the smooth and improved performance. iPhone 5s can now automatically enable HDR.

These are the following updates made on the iOS 7.1,