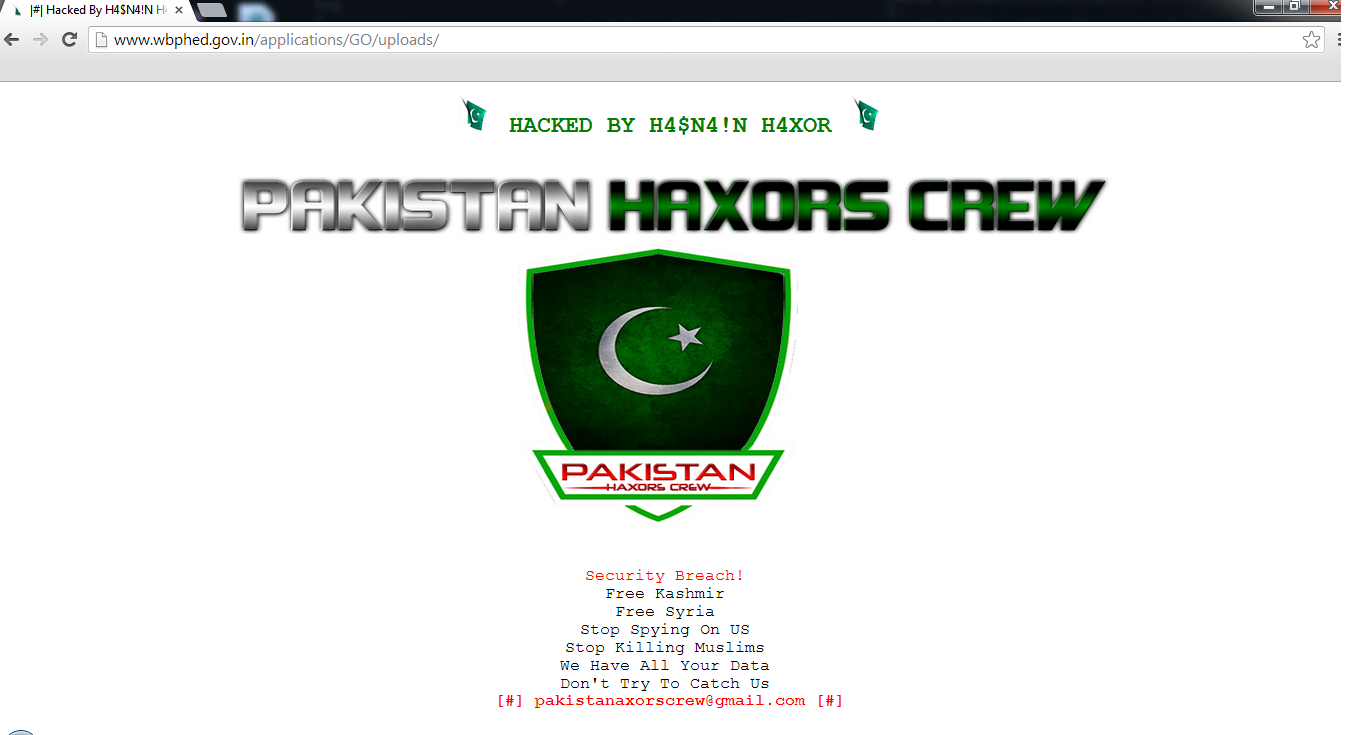 Once again a Pakistan hacker with a name "H4$N4!N H4XOR"  have hacked and defaced the Official site of Public Health Engineering Department of India. Hacker have not defaced the home page of the site, rather he has added a deface page on the "site.applications/GO/uploads/" directory.

Same type of hack and deface was also seen earlier on the Indian Railway site. Same hacker have uploaded a deface page on the sub directory of the Site.

Hackers have left the same message on the deface page with the protesting for Free Kashmir.
Message:-


Security Breach! Free Kashmir
Free Syria
Stop Spying On US
Stop Killing Muslims
We Have All Your Data
Don't Try To Catch Us


Hackers have says to Cyber Kendra that, he supports these Army, that's why he mentioned them.

At the mean time deface page still on the website directory and also made a mirror on the Zone-h.
Earlier also hacker name H4$N4!N H4XOR have hacked the Indian Government sites in which Indra Gandhi International Site and Indian Railway site had also been got hacked.
#Defaced