One of the popular browser maker Opera have announced a nice features for all its users. Opera is now making its users to earn free internet for watching its ads. After it introduced Sponsored Web Pass, a new version of its pay-as-you-go Web Pass service that effectively gives phone owners free mobile Internet in exchange for watching sponsored messages/advertisement.

Company's stats that they are having the 350 million users worldwide of opera. On the advertising offer, they added that the advertiser will work with the operators to give the wide range of offers for users, such as one day free internet, free twitter or Facebook minutes etc. 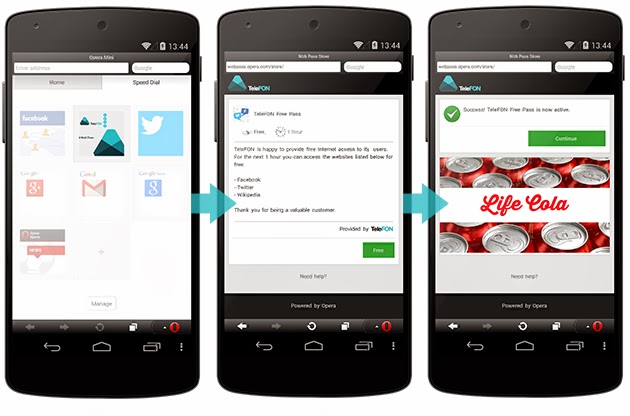 As the advertiser and operators completes with there deals, then users will get the notification (or have to move to the Web Pass Service page) for earn there freebie.

After the users have finished the package that he/she had  earned, then users are offered the chance to pay up for more permanent Internet access, or, if they like freebies, they can seek out another advertising promotion instead.
#Internet #News