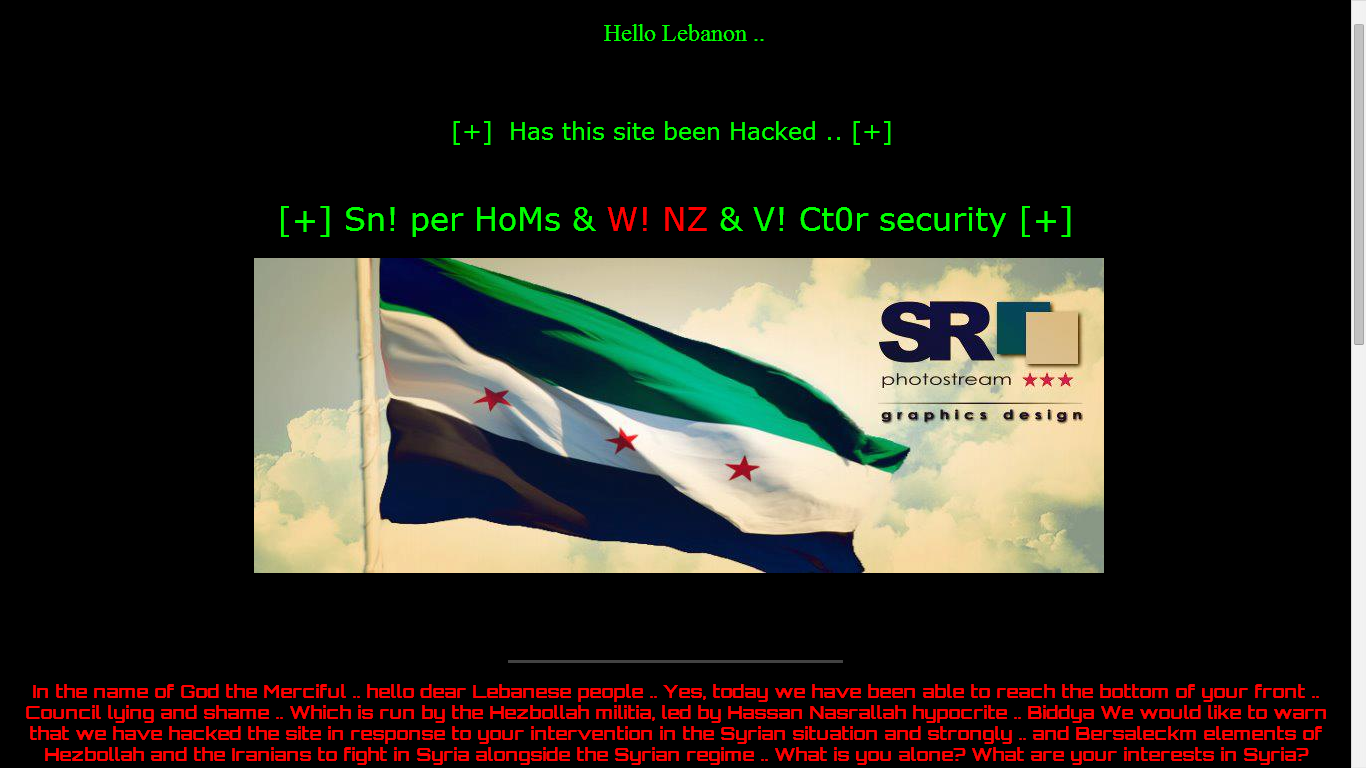 The official website of Lebanese Parliament government (www.lp.gov.lb) have been hacked and defaced by the Syria hackers today. A hacker going with the online handle Sn!per HoMs, W!nZ and V!ct0r security,  have took the credit for the hack, as posted on the deface page.

Hackers have wrote a message on Arabic language at deface page, whose translation says the following


In the name of God the Merciful .. hello dear Lebanese people .. Yes, today we have been able to reach the bottom of your front .. Council lying and shame .. Which is run by the Hezbollah militia, led by Hassan Nasrallah hypocrite .. Biddya We would like to warn that we have hacked the site in response to your intervention in the Syrian situation and strongly .. and Bersaleckm elements of Hezbollah and the Iranians to fight in Syria alongside the Syrian regime .. What is you alone? What are your interests in Syria? unconscious and yes we know that you are trying to repeatedly implement your plan Shiite .. Constructing Shiite Triangle, which includes Syria, Lebanon and Iraq and until you want control of Bahrain, Kuwait, and the kings of the year, but you lookout .. The womb of God Saqr Arabs Saddam Hussein .. do not want to move away from our topic .. We also want to send a message to Hassan Nasrallah to stop sending its elements and militia to Syria because Bashar al-Assad late .. Late .. Late .. No shops .. And also we would like to draw our word to Mr. Nabih Berri .. God you

The above message its translated version of original message on the deface page.

At the mean time the Lebanese Parliament government site was unreachable, but you can check the Mirror of the hack.
#Defaced