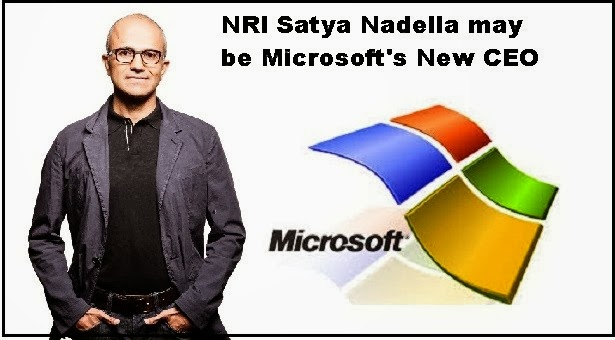 According to the  latest report, Software giant company 'Microsoft' is about to have a new CEO . The company's board believes that now its time to have new CEO and they thinks, Indian-born Satya Nadella as its next CEO.

Nadella, is currently working on Microsoft as a enterprise and cloud chief, and is like to replace Steve Ballmer who is taking retire in August 2014. Ballmer is being for 10 years with Microsoft. As far as deciding on a new chairman, Bill Gates will likely be replaced by Microsoft's lead independent director John Thompson.

If Nadella is chosen as the new CEO, he will be the third CEO of Microsoft after Gates and Ballmer.

Satya Nadella is working with Microsoft from last 20 years and lead cloud service, server software, Internet search and business applications divisions of Microsoft. Nadella proof himself a quite benefited member for Microsoft, as he has made the increment in the profit of Microsoft from $16.6 Billion to $20.3 Billion. Nadella emerged to be the strongest candidate for the post of CEO.

Before working with Microsoft, Nadella works with Sun Microsystem till 1992. He had done Electrical Engineering in India and shifted to United State for higher studies and completed  Computer Science.
#Microsoft #News