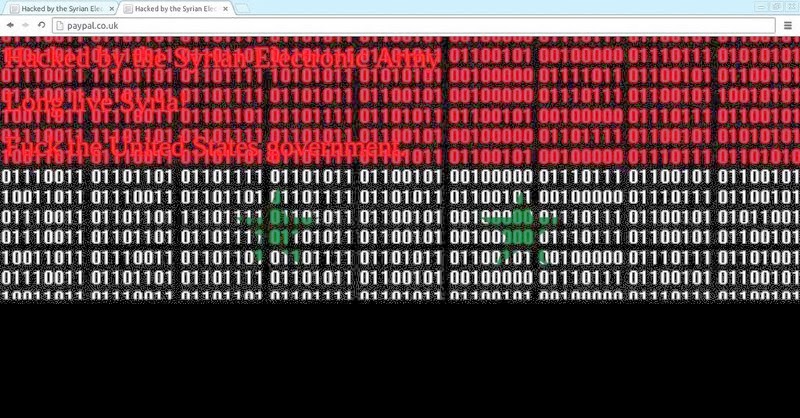 The pro-Bashar Al Assad hacking group Syrian Electronic Army has hacked into the domain registry of world renowned online shopping portals.The hack was announced by SEA ( Syrian Electronic Army) on their official Twitter account which shows that official websites of UK’s Ebay (ebay.co.uk) and Paypal (paypal.co.uk) were hacked and defaced.

The group also left a deface page along with a message on the hacked Paypal UK site, expressed in following words:

An exclusive screenshot provided of hack provided by SEA which shows that hackers have admin access to MarkMonitor domain.

For Current Updates Both The site has been restored and working online.

Also Today Morning, Feb. 1, 2014, 6:20 p.m. ET: Anuj Nayar, PayPal's senior director of global initiatives, told Mashable, "For a brief period today, a very limited number of people visiting certain PayPal and eBay marketing pages in the UK, France and India were redirected. The issue was quickly detected and resolved. No customer data was accessed by these redirects, and no customer accounts were affected. We take the security and privacy of our customers very seriously and are actively investigating the reasons behind the temporary redirects."