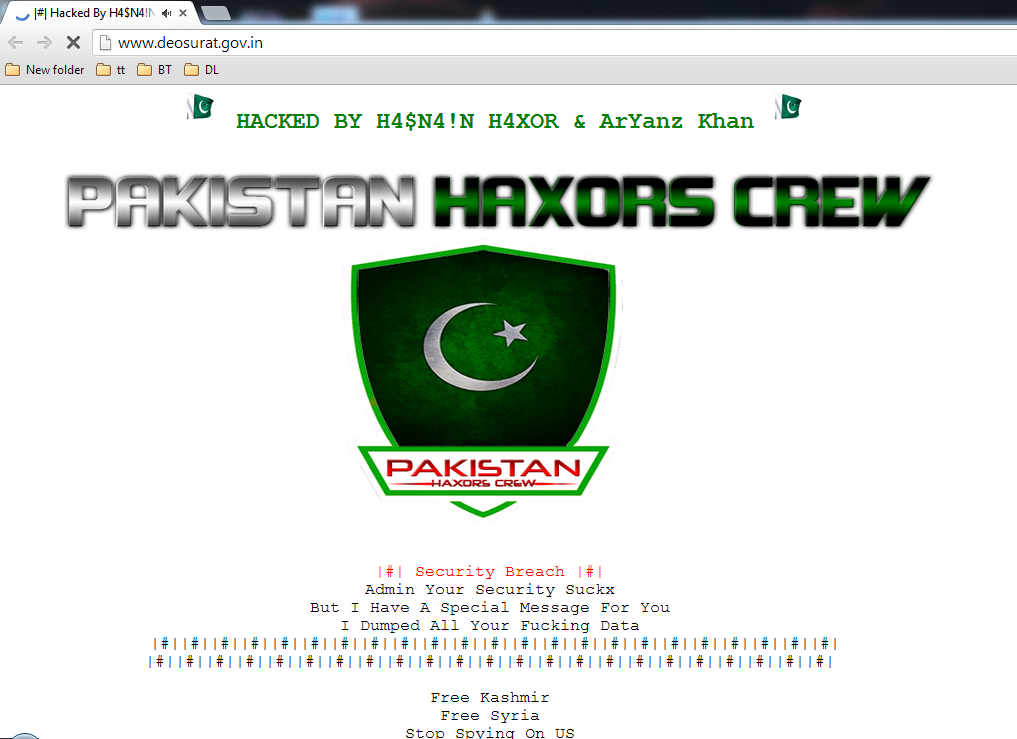 Its again and again hacks are coming up from the hackers of both countries, India and Pakistan. As it like, hackers are playing with the each other countries security. After the earlier hack of national Portal of India from Pakistan side, and just after that comes the hack of Pakistan Civil Aviation Authority website from Indian hackers, now again another government portal has been hacked by the well know Pakistani hacker group, "Pakistan Haxors Crew".

Hackers with the online handle, Hasnain Haxor and Aryanz Khan, have hacked and defaced the official site of District Education Office, Surat (http://deosurat.gov.in).

On the deface page, hackers posted the logo of the group and wrote the message of protesting for the free Kashmir.

Well how long this cyber war will continues. Hasnain Haxor  is the same hacker who have earlier also hacked number of Indian government sites and other organisation sites too

At the time of writing, site still showing the deface page. You can check the mirror of the hack on dark-h.
#Defaced