Back Track announced of its Closing 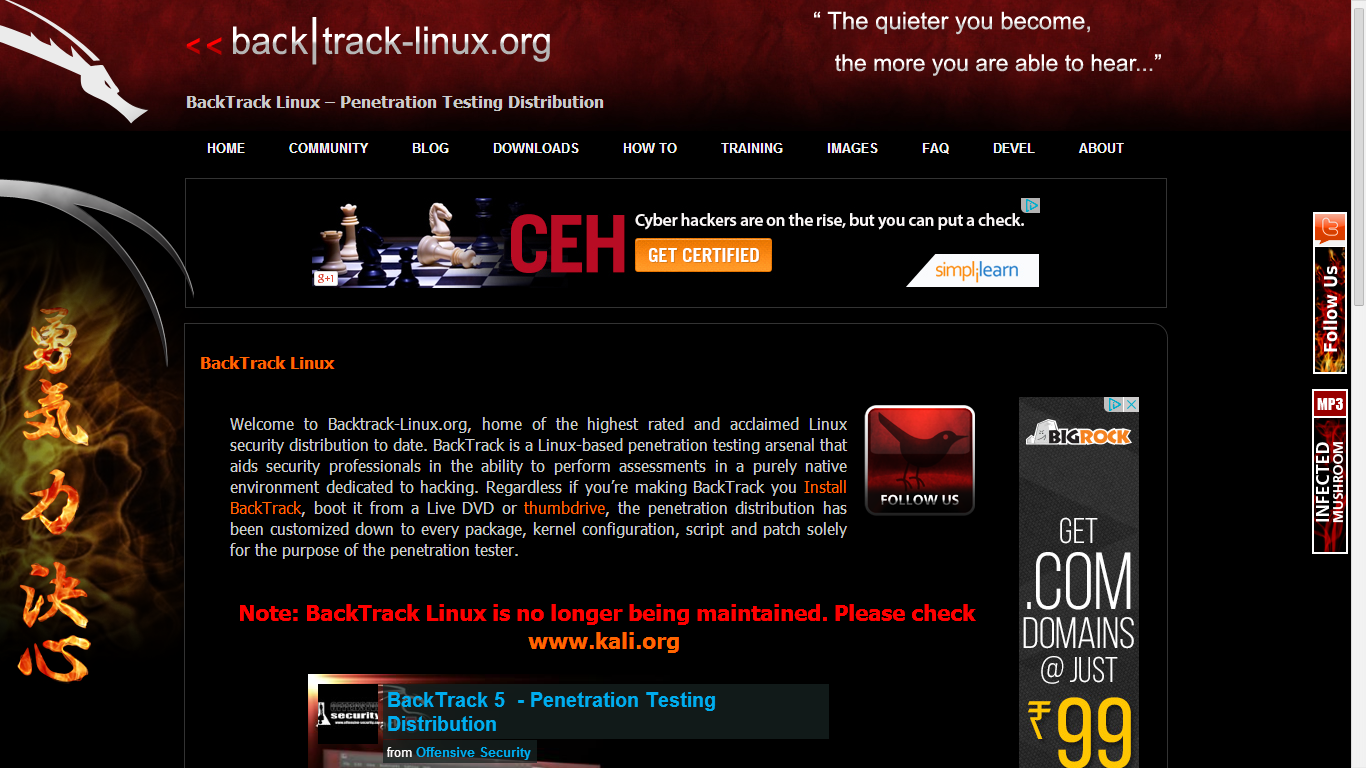 This is another bad news for the all the hackers and the Security Pentester that one of the popular and favorite Linux distro and pentesting operating system is going to end its era. The project funded by the +Offensive Security  and with the helpful hand of the other famous researcher, hackers, Programmers and Codders.

On the official site of Back Track (www.backtrack-linux.org) community have post the message stating the following


BackTrack Linux is no longer being maintained.
Please checkwww.kali.org

As all hackers and pentester are using Kali Linux, so may this be the reason for the ending of the Back Track. I have tried to contact with the Offensive Security Team on this announcement. As we get any updates we will updates  this post as well.

This is the another bad day for the hackers as they will be missing there best operating system. I personally used Back Track and its mine favorite OS.

Till then you all can show your support for the Back Track on Facebook.

Additionally, some announcement have also been seen on its forum, as I when I have check the Back Track official forum, we find that, the closing of the Back Track and its Forum is also been announced by a developer name as "balding_parrot", which stats "The Back Track Forum are Now Closed"

Moreover the Registration of the New users have also been disabled by the Administrator.