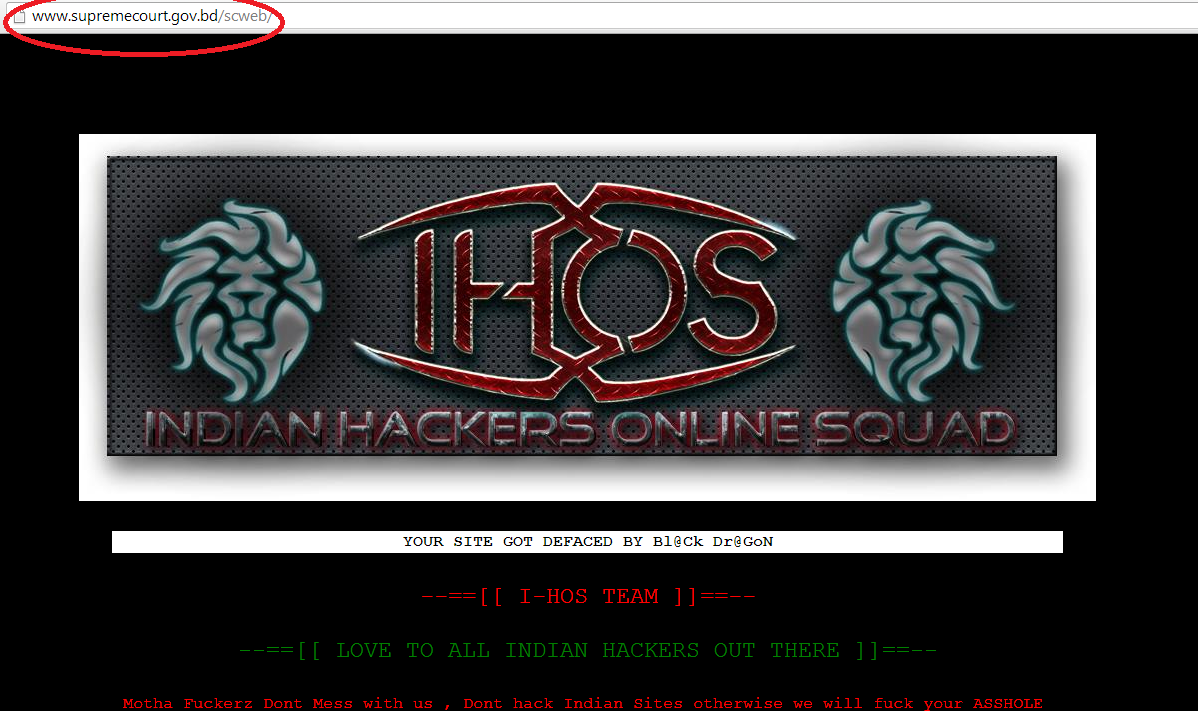 As we have reported earlier that, Bangladesh hackers have hacked many of the Indian sites which includes the official site BCCI, and number of Cricket fans sites. Now it seems that Indian hacker are now getting on action.
Just now we have got a notify that a Indian hackers group "I-Hos" have hacked and deface the official site of the supreme court of Bangladesh (http://www.supremecourt.gov.bd/scweb/).

On the deface page hackers wrote the warning message to the Bangladesh hackers.