After the announcement of numbers of new features by Google+ team, I think they are trying to give more to its users. Once again they have announced the good features relating to the users privacy.

Google+ team says that, this new feature is called as an extra layer of security that ensures only users in a given organization can join. This feature of Google+   gives an ideal tool for groups who want to have social conversations, without broadcasting their thoughts to the world.
If any organisation wants to have conversion within the companies employees then they can have the conversation with the the respected members, and also if anything you post will remain restricted to the organization. 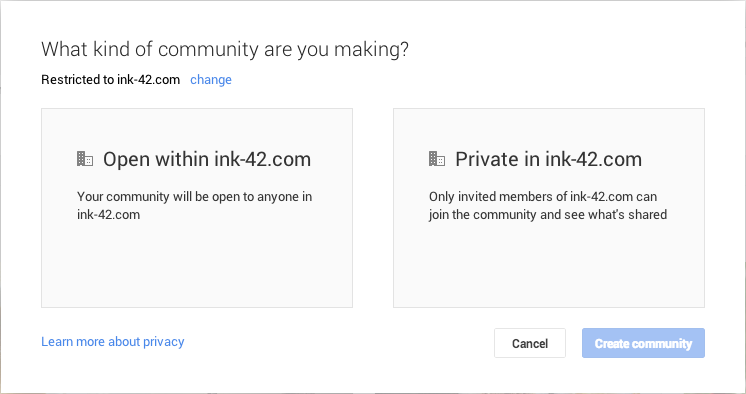 Administrator can have the option for the community will be open to everyone or private at your company domain. Additionally, once the community is being created users will be able to share the files from the Google Drive as well as videos, photos, and events.  Community owners/administrator can easily change the moderate of the community, or can also further add members to it.
#Google