Once again popular hackers group "Syrian Electronic Army" is back on the cyber world. After making the numbers of headlines on online media, Syrian Electronic Army is back with the another big hit to cyber world. After hacking major sites and numbers of Twitter accounts they are back.
This time Pro-hackers group have hacked the Qatar domain registry system (www.registry.qa) and changed the DNS records of the major sites. On this hack high profiled sites that were affected are .qa domain of the following sites. 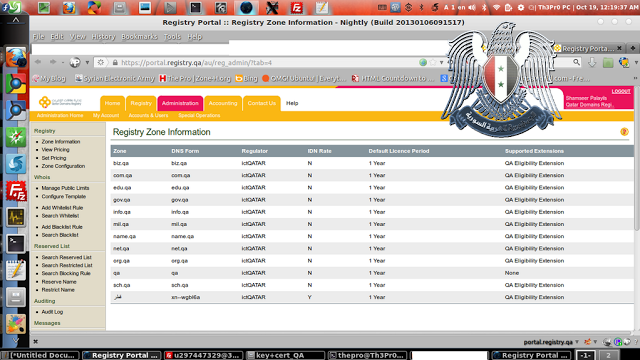 At the mean time all the sites has been restored and working fine.

As for reason, The Syrian Electronic Army has says that they've targeted Qatar because the country supports the terrorists in Syria.
#Defaced #News