Poplar Bitcoins discussion forum Bitcointalk.org have been hacked and defaced. A hacker name as "A Hole Seekers" have hacked the forum and defaced it. On Wednesday the hack was taken place, as on the deface hackers put animated page which playing music on the background while displaying rockets and explosion as like fireworks.

At the mean time the site has been taken down and administrator are investigating the hack. According to Bitcointalk admin Theymos, the JavaScipt injected into the site appears to be harmless, but it’s possible that the hackers gained access to the database.
“There's a good chance that the attacker(s) could have executed arbitrary PHP code and therefore could have accessed the database, but I'm not sure yet how difficult this would be,” Theymos noted on Reddit. 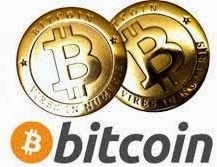 As far as concerned about the customer security, Theymios have advised to users to change the password of the accounts. As forum was quite popular, hence many on its users may had got affected.

Regarding the hack, Bitcoinstalk admin have announced to reward 50 Bitcoins to the first individual who can pinpoint the security hole.

If you want to see the how was the hack. check the below video.