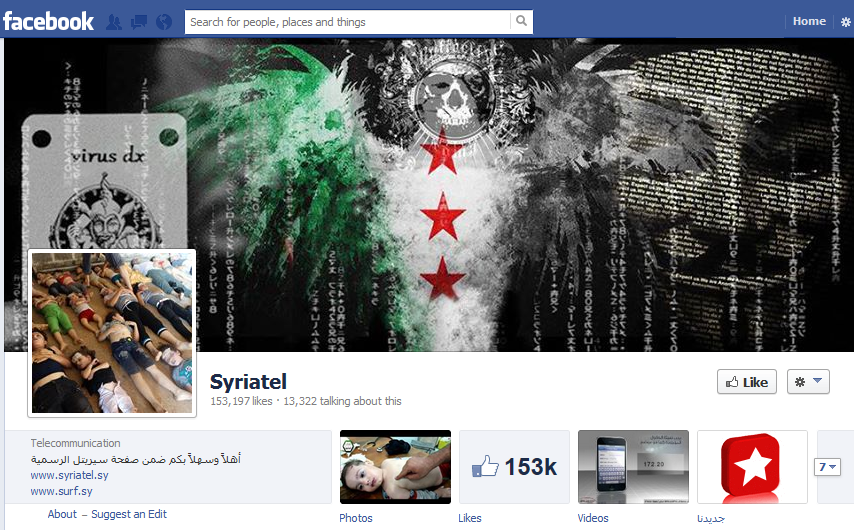 Syria‘s largest telecommunication company known as SyriaTel official Facebook fanpage got hacked. An Algerian hacker  with the handle of Virus DX have hacked the page. After hacking into the page hackers have changed the cover photo's with its own cover pictures that shows Algerian flag with Anonymous group official logo saying ‘Virus DX is here’.

Along with the cover photo, hackers have posted anti-government material like images and graphical YouTube videos of last week deadly chemical attack on civilian population in Syria.

At the time of writing also page was not restored and showing the hackers cover page with the some of the anti-government materials. 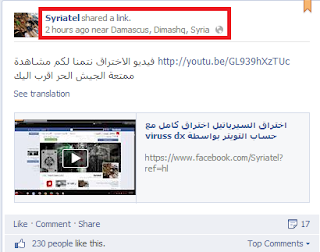 From the post it state that hackers have hacked the page 2 hours ago near Damascus, Dimashq, Syria, as shown on the post location.
#Facebook #News #Security