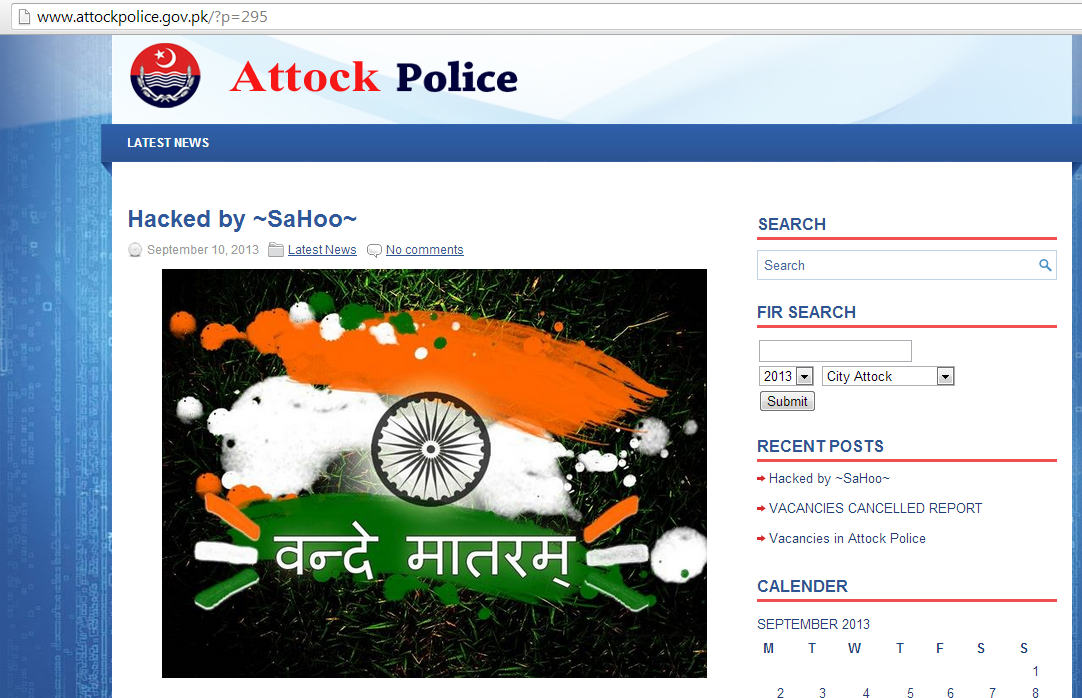 Again and again cyber hackers are getting active and hacking websites. As cyber war is going on between Bangladesh and India, on the other hand hacking sites between Indian and Pakistani hackers is not new.

Lastly on August 10, Pakistan Attock Police site was hacked by Afghan hackers and again same site has been hacked by an Indian hacker with the online handle "Sahoo".
Hackers have put Indian Flag written Vande Mataram on it and also a Vande Mataram song playing ob background.

It been seen that Indian hackers are specially targeting government sites, so Pakistan and Bangladesh government should must ensure the cyber security and shouldn’t take it softly because Cyber Warfare is going to grow more worse and wilder with time this cyber age where Information spreads off within no time.

As the site is running on open source CMS "WordPress 3.5" so there may be chance that hackers have exploited the vulnerability of WordPress 3.5.
#Defaced