“Uncle Google we say hi from Palestine to remember you that the country in Google Map not called Israel. It’s called Palestine,”
“Question: what would happens if we change the country title of Israel to Palestine in Google maps!!! It would be revolution.” 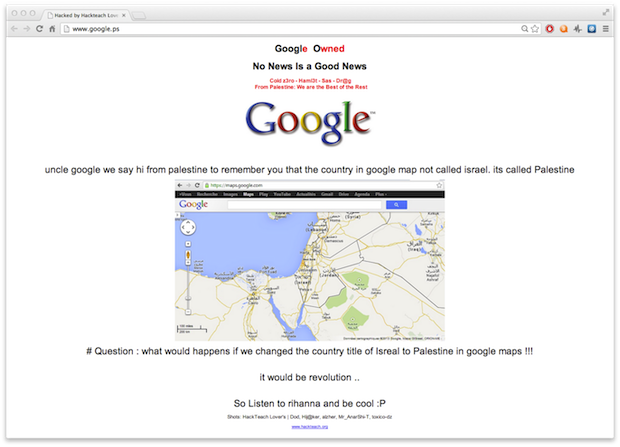 As I have already mentioned that Google domain have been hacked earlier also, and the common thing on all these hack was, hackers do this by DNS poisoning method. Many of the times hackers use DNS poisoning to make it look like they've defaced a high-profile website. As like Google Malawi, Microsoft.

This hack was also hacked with the same technique. Hackers have hacked the Domain registered System of "Genious Communications is a hosting provider from Morocco",  the organization responsible for managing Google.ps domain name.
#News #Security