Australia Unveils Most Powerful Super Computer, Australia's largest super computer unveiled in Canberra, News for Australia Unveils Most Powerful Computer, Super computer of Australia, Information technology, Information security expert
The nation's most powerful computer has been unveiled at the Australian National University (ANU) in Canberra. The largest super computer in Australia, called Raijin after the Japanese God of Thunder and Rain, cost $50 million to build and will cost $12 million a year to run. It is part of the new National Computational Infrastructure (NCI) facility at the campus. 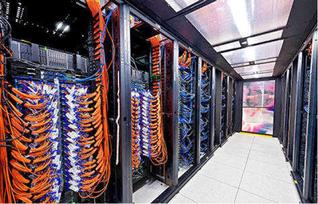 The Canberra-based super computer is believed to be the 27th most powerful computer in the world. Researchers at the ANU say, it can perform the same number of calculations in one hour that 7 billion people with calculators could perform in 20 years.
ANU Professor Lindsay Botten says the computer itself is bigger than the size of a house. "It has 57,000 processing cores, which is something like 15,000 ordinary personal computers (PCs)," he said.


Professor Botten also added, it will encourage weather scientists and climate change researchers to stay in Australia instead of taking their careers overseas.

Minister for Innovation, Industry, Science and Research Senator Kim Carr, appericiating the work of the team and says the computer will enable scientists to gain valuable insights into issues of pressing national importance like climate change, water management and earth science. "This leap in computing power will give our researchers insights and solutions to problems at a rate far quicker than previously possible," he added.