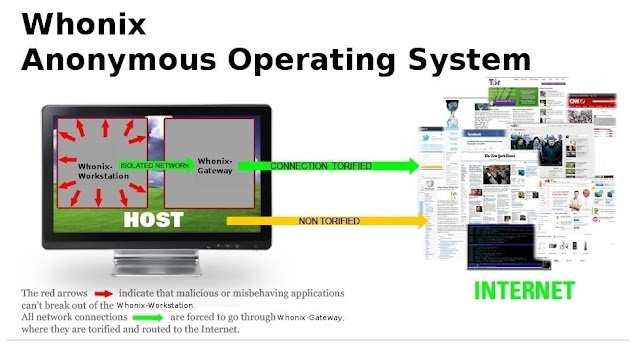 Anonymous released Operating System name as "Whonix". This is one of the best operating system released by the anonymous. Whonix is the OS for complete anonymity and security. Whonix is based on Virtual Box, Debian GNU/Linux and Tor. Developer say that, it is impossible for leak of ip or DNS. Even with the malware with the root rights to the system can get real ip or DNS of the users. This is the most and main features  of Unix.This makes the users totally anonymity. The purpose of Whonix is to allow Internet users the ability to stay anonymous online.

This is only possible because Whonix consist of two machine (Virtual).
One machine totally runs with TOR and acts as gateways, which is called Whonix-Gateway.
Another machine which is completely isolated Network, known as Whonix-Workstation that only allows Internet connections to be routed through the Whonix-Gateway. All the connection is made through TOR.
Whonix is designed and produced by the TOR group anonymity software. 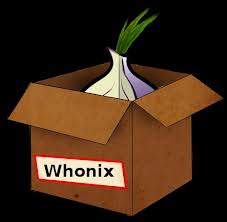 This is Just a breif deatils on Whonix. If you need more details about is then vist its Documentation or Technical design page. There you can more abouts its design, security level, and its features. If you have any question related to the Security of Whonix see its Security pages.