A week ago I have posted that Facebook has launched a smartphone designed by HTC, at the same time Facebook have also launched it new all called "Facebook Home" on the same day. As on launching day Facebook announce that "Facebook Home" will be available for Android devices only and that of only to some selected handsets.
Yesterday, on 12th April, Facbook officially launched Facbook Home for download, and it is available on Google Play store.
This version of the app supports Android devices which are among the following HTC One, HTC One X, HTC One X+, Samsung Galaxy S III Samsung Galaxy S4, and Samsung Galaxy Note II. 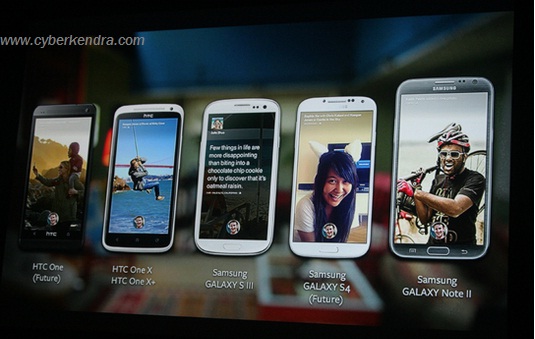 A Couple day before I also wrote that Facebook Home Apk file have been leaked before its launched by Modaco team. Modaco have  patched the apk file that can be installed all latest android device. So don't get upset if you have not yet download the Facbook Home app, or your android device didn't supports Facebook home. Those users who's device didn't support Facebook Home app then you can try the modded apk file by modaco.
Modaco have released there files for the facebook Home app.
Get all Three Download apk files here
Facebook app | Messenger app | Launcher shell app
Before you download and use it please read this post.
Video of Facebook Home