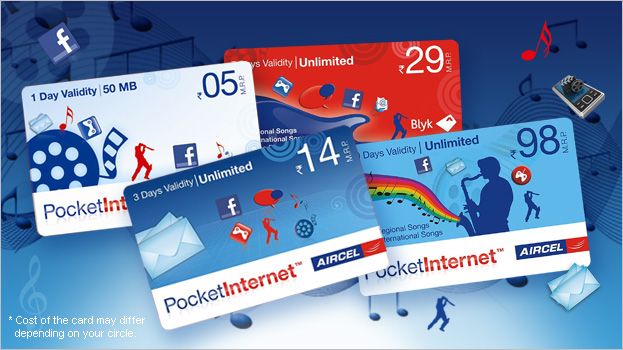 There is a good news to the mobile internet users. Now they are getting internet in a affordable price. In today about 70% of mobile internet user has been increasing rapidly, so hence companies are focusing more to there customer, and trying to give cheap offer to the customer.
Aircel have launched the good package to its customer. Aircel is giving data plan at only Rs 24 to its  2G and 3G users.
This pack will have a validity till 30 days (means of one month). Both 2G and 3G users can use the  this pack, and both users will get of 100 mb.
As this is for both 2G and 3G users hence 3G users will get the downloading  speed of 3.6 mbps and 2G users will get speed of 64 kbps.
This offer is now available in Bihar, Chennai, Jammu & Kashmir, Kolkata, North East, Orissa, Rest of West Bengal and Tamil Nadu. It will be made available in other regions from April 24th 2013, onwards.
#Telecom