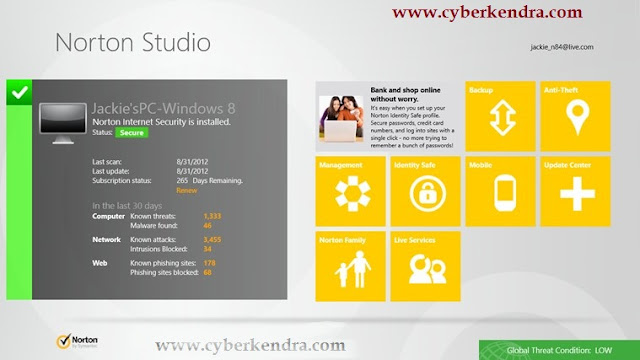 Symantec, one of the leading Security and Antivirus production firm "Norton" have released its popular Norton Studio App for Windows 8. This new version is featured with many of the new features and fixed of several bugs.

This version of the app will be compatible with all the version of the windows, as per the the official release notes published in the Windows Store.
Norton Studio is used to manage the other Norton software that were installed on your computer. As this will work in all the version of the window, with both architect i.e. x64 bit or x86 bit.
It is totally free, will charged no cost. Customer will be receiving updates via the integrated Windows Store
Get details from Microsoft site Click Here
Want to know More about the Norton Studio Click Here
#News