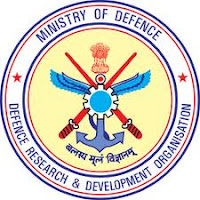 This is morning News on the India's Cyber Security. This time India had been hit by the Cyber Threat.
As per the DNA reported by the Mumbai newspaper, it state that system of the Defence Research and Development Organisation (DRDO) have been hacked by the Chinese Hackers. Hackers have breached the system of DRDO and leaked the very important secret files with the relation to the Cabinet Committee on Security. The files were reported as to be stolen was  re-uploaded on server of Guangdong.
This was the biggest security breached faced by the India. This hacked was taken place on early of this month when India's technical intelligence wing, National Technical Research Organisation (NTRO), working with private Indian cyber security experts cracked open a file called "army cyber policy".
As per the Indian Security Expert investigation done to track this hack, they stated that all the sensitive data that were stolen have been uploaded on the server Guangdong province of China.
Indian Security Expert stats that thousands of top secret CCS files, and other documents related to surface-to-air missile and radar programmes from DRDL, a DRDO lab based in Hyderabad including the e-tickets of DRDO scientist have been stolen and leaked.
Source:- IndiaTimenews
#News #Security