Hostgator a website hosting company have got hacked at the morning today. Indian domain of Hostgator have been hacked by the hacker group name as "CyberRog", which host the Indian several Indian domains
Hackers have not defaced its homepage but they had put a deface page on the root directory of the site. Deface page have been deleted by its firm after the short period of its being hacked. But we have managed got the screen shot of the deface from Thehackernews ... Here is the screen shot. 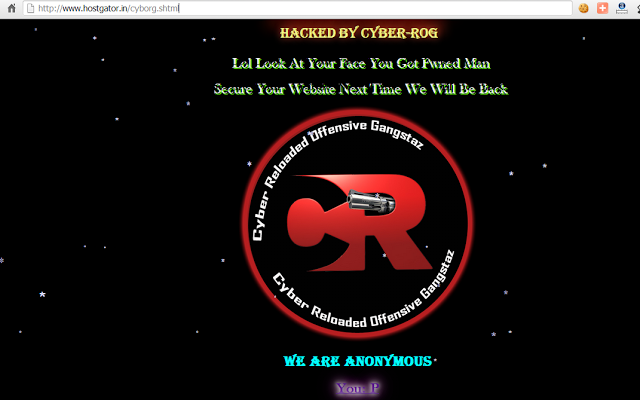 There is nothing special message on the deface, as it seems that this hack was done only for fun.
Mirror of the deface is HERE
#News