Facebook have got hacked last month. This sounds something unbelievable words or a sentence, but this is a news which was given by the Facebook Security team.

Facebook Security Team have  announced that they has been a victim of a sophisticated cyber attack last month. But unfortunately there were no issue of any users data content. This news has been published by the Facebook team on their blog Post. 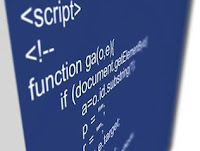 The attack was discovered when the couple of the employees of the Facebook team have visited the mobile version and found the compromised site. The Java Zero-Day exploit was reported to the Oracle by the facebook, as soon as it was discovered. Now that has been patched.
Facebook mentioned that non of the users data was effected. Now the exploited system have been patched but the investigation of this attack is undergoing.
Facebook also mentioned that it was not the only company targeted but they are the first to discover this attack.
#Facebook #News #Security