THA Hacker Exposed by Brothers Of 64 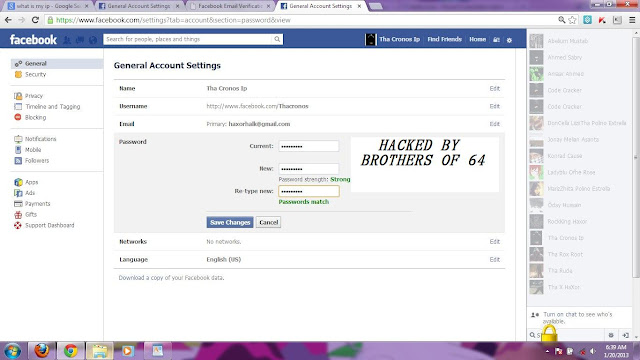 We always remain silent that n0t means we are not dead , ur laming hasbeen increasing gradually. sO itz just a little fire from
Here the Fire Form and Spider64Phoenix 64
reson:he hacked many indian domain...so some little payback

Here is the all the detail of the  Tha Cronos Ip. That got hacked.. details have been pasted in the Paste bin site.. See here..
http://pastebin.com/SPCbvYCk

This paste bin contains all the detail of the hacks, including Facebook accounts, E-mails, personal chat of the victim, Victim fan-page, face book group.