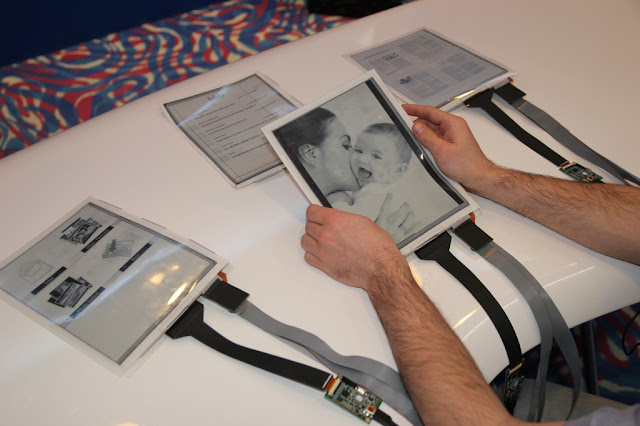 As uses of laptop has replaced the desktop from the users, now laptop will also being get replaced soon and it will be also in the come in the list of old tech items. Researcher had developed a new tablet screen. Most interesting features of this is that its width is same as a width of sheet of a paper. Users can fold it without causing a damage to it. There is a prediction that it will replace laptop in coming 5 years. Researchers from Queen's University of Canada have developed this in collaboration with Plastic Logic and Intel labs. Most amazing features of this tablet is that it won't get break or damage after being it fold, and it is as thin as paper sheet. It have display of 10.7 inch, which is developed by plastic logic. This flexible touch screen tablet is being featured with Intel core™ i5 processor.
#Gadgets #News #Tablets