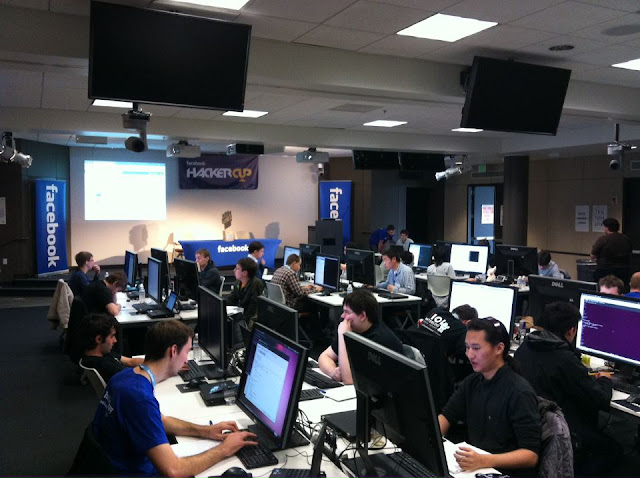 This the good news for all the Hackers and programmers, that Facebook have announced the date of Third Hacker cup 2013. This is world wide Programming and hacking competition where Facebook invites all the hackers and programmer over the world wide. This is for the fame, name and glamour. With this title winner will get the tittle of the best hacker in the world. There is a prize also for the world champion $5,000 amount.
Now registration is going on and it is free of cost.. So whats for waiting register and enhance your programming skills.


The dates have been set for Facebook Hacker Cup 2013.

Register yourself here... https://www.facebook.com/hackercup/register
All the best guys have a awesome tournament and Show your talent to the worlds...
Some of the snaps from the Hacker cup 2012 is below...