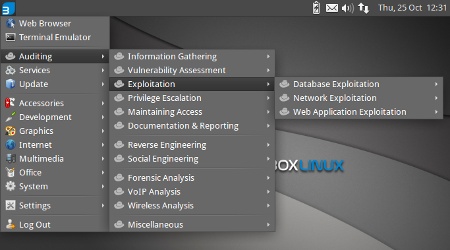 Black Box is the another version of the Linux distribution. It is one of the Powerful Distribution of Linux for the pentester and the security assessment guys. It is totally featured with Network and informatic System Analysis tools. There are tonnes of tools that are used by an Ethical hacker and a Pentester.
Finally Black Box team have announced the new release of Black box, which is featured with Linux 3.2 and kfce 4.8.