What is Binary System?

In our everyday lives, we use the decimal numbering system. These are the digits 0 through 9. Every number expressed in the decimal system is a combination of these ten digits. However, there is another system which is used in computers, called the Binary System. It is also known as Base-2 number system 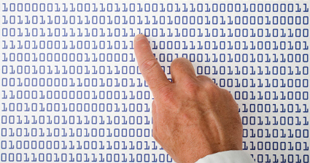 The Binary system works in essentially the same way, with the only difference being that it only has two digits. these are visually expressed by the digits 0 and 1, and every number expressed in the binary system is the combination of 0 and 1.
The Binary system is essential in modern electronic technology, because any electronic circuit can have only two possible states, on or off. Here in computer language 0 is for on and 1 is for off. This is true of computers too. So, all the information in a computer is stored and transmitted as sequence of binary Digits i.e 0 and 1.
Computers can't understand our language and can only understand only its language. A computer's language is made up of a combination of 0s and 1s only as it can only understand these two digit's.
As computer can understand only 0s and 1s, so a special coding technique had to be formed so that the numbers, letters and other characters could be converted into a computer understandable format. This coded from of number, letters, words etc is called "The Binary Number Concept".

Binary Number System
In the binary number system of representation, the base is 2 and only numerals 0 and 1 are required to represent a number. The numerals 0 and 1 have the same meaning as in the decimal system, but a different interpretation is placed on the position occupied by a digit. In the binary system the individual digit represent the coefficients of Powers of 2 rather than 10 as in the decimal system.

Binary digit is often referred to by the common abbreviations as bit. Thus, a bit in computer terminology means either a 0 or 1.
#Learn