Innovation of Technology in 2012

As this year is going to end 2012, It have given many news things in our daily life.  There is many things that have been evolved and innovate in the world of Technology. We have got many new technology and learn many new things that are coming next to it.  Day by day, improvement on the field of IT and computer and also in technology field, had brings the vast change in our world.

As like this here I will brief on some of the innovation in the field of technology.

1) Titan Super Computer:- In the month of November, Titan System of America have been announced the most powerful Super computer. The speed of this super computer is 17.59 petaFLOPS. [petaFLOPS stands for Floating Operating Per Seconds, is used to measure the computer performance.] However, in the world there are 500 super computer in which 251 are of America. As far China is in second position with 72 super computers.

2) Quantum Cryptography:- In November 2012, first time encrypted Quantum signal have been send through normal/simple broadband fiber. Scientists grantee that with the help of this Quantum Cryptography process users can send data or receive data in a secure way.

4) Launched of Microsoft windows 8:-  On October 2012 Microsoft have launched their newly and one of the best graphical user interface operating system " Windows 8". It very much fine in look up and have many of the new features. Some of the core features is,
Supports USB 3.0, Unified Extensible Firmware Interface (UEFI), Near field communication, Cloud Computing, Easy ARM architecture etc.. For more check here. 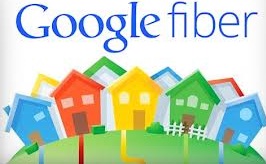 5) Google Fiber:-  On this year only Google have change the interface of the Internet and have wrote a history in the field of technology and Internet. Google have introduce Worlds fastest internet speed connection of 1Gbps. It is one of the most important evolution of internet on 2012. First time 1 Gbps speed internet was used in Kansas City, And in India it was first used in Kerala by a telecom company incubator, in the village of Kochi. For this there is special Fiber Cable, and setup of this Fiber cable around the America is some how getting finished. With the help of Google Fiber there is a prediction that it will bring a change in the field of Education, Entertainment, Medical also.
#Learn