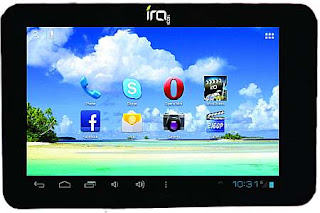 BSNL is launching its new tablet "IRA ICON" in the market. the amount for this device will be only Rs.10,000. BSNL cheif Managing Director, R.K Upadhay had said that, the IRA ICON have been made in the view for that user who use the internet regularly. This device has been featured with the Bluetooth, WiFi, 3G technology. Tablet have been produced by a company name  "Wish Tel". This device will also give the video calling and supports live tv also. tablet is available in white and black colour only.