Continuously increasing in the user of starts  phones, all companies are trying their level best to make good number of shares on the market.

We can say that "War of smart Phones" as been accounced from this month only. Lets know who is on this race and what they are introducing in the market to make better position then their competitors. 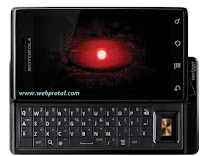 Motorola / Verizon have more exception from this Andrio phone. As Google Andriod phones are most popular on the market now a days. In all over the world about this technology. As news are there that there will be a Edge-to-Edge display and the phone will also support 4g technology network also.

2) Amazon
By the accouncement of the new tablet and E-reader by the Amazon, the competetion on the market is getting tuff and interesting. 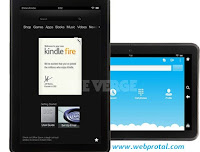 Expert says that the New tablet and E-reader is getting challange for the Apple company. Most popular company on the internet have launched 2 tablets and in comparision of rate it have some how successful to give competition to its competetor Apple. As Amazon have rated $200 per device. This kindle have came with more bright screen, that means now user can read book in the dim of the  night also.
this new device works on Quad core processor. Its also have one front facing camera. More attractive feature is that this device can work 8week after a charging which is very much eco friendly.

As news is there that Motorola is launching its new smart phone with the core of intel processor and this will be announced soon in London. There is no much information about this phone. As this will give the tuff competition to the competor of the market.

HTC is the awesome smart player of the smart phones aand all consumer are fans of this. HTC is launching its first window phone on 19 september on the market. As compare to other company HTC also did not disclose much information about this.