What Is Blue Ray Disk 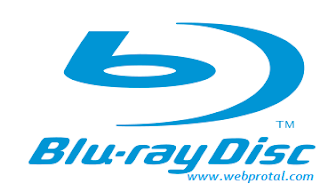 Many times a question arise in our mind that How to protect our more data and make it secure? Answer you can have is Blue Ray disk.
It is an optical disc storage, which is better option than DVD. Its main uses are high - definition video, PlayStation 3 video games, and the other is used to store data. By this technique, single layer disc and 25 GB dual layer disc can store 50 GB data. This figure states the storage capacity of  Blu-ray Disc driver.
The name of the Blue Ray disk was came from blue - violet laser technology, which is used to read it. Where a simple DVD uses 650 nanometer red laser, on other hand the Blu - Ray Disc use short wavelength 405 nanometer blue violet laser. Blue ray disk can store ten times more data than a DVD can store. 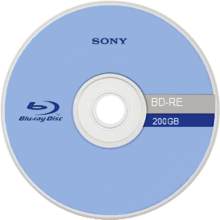 Blu-ray Disc,was developed by Blu-ray Disc Association, Consumer Electronics and Computer Hardware. Blu - ray techniques of the invention is credited to Sugi Nakamura, who invented the blue laser diode. This technology is now available for computer data storage was significantly advanced by other means, which was a sensation. Although a long patent litigation delayed its commercial use. February 19, 2002, officially Blu - ray disc set of the project was announced.
The first consumer device was in stores  on April 10, 2003. This device Sony Beediji - S 77, who was a BD - was Ray recorder. It was made available only in Japan. Its price was U.S. $ 3,800. Although there was no standard for pre-recorded video. Blue-violet laser creates small ripple, so it is able to store so much more information on 12-cm CD.
Blue ray player are used to run. Blu - ray disc. Blu-ray disc player four kinds.
One of these audio player profile (BD - audio), which do not required video decoding or BD-J. In the other three players BD-J is required. Now Blu - ray discs and players have started making by many companies:- Such as Sony, Panasonic, Toshiba, LG, Samsung, Pioneer etc.