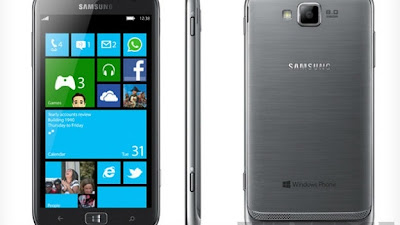 Before the company's official IFA announcement the picture of samsung newly handset have been leaked. The Picture was taken from the The Verge which is a tech site. As per as new and the information we have got on this tropic Samsung company will make its name as Samsung ATIV S.

Feature:-
As per the sources the gadget features is awesome and design too.
Windows 8 will be the Operating systen that will be using.
It will be going to have 1.5GHZ of daul core processor.
8MP of rear camera and 1.9Mp camera on the front side.
As there will be 4.8 inch Super AMOLED dispaly  that will be ideal for navigating the Apps and tabs of Windows 8 OS.

Samsung will be puting their effort to officially reveal this handset at its Mobile unpacked. Company is working on its product to make it better and to be in first position on the market.