GTA 5 and 6 source code and assets, GTA 6 testing build has been Stolen. 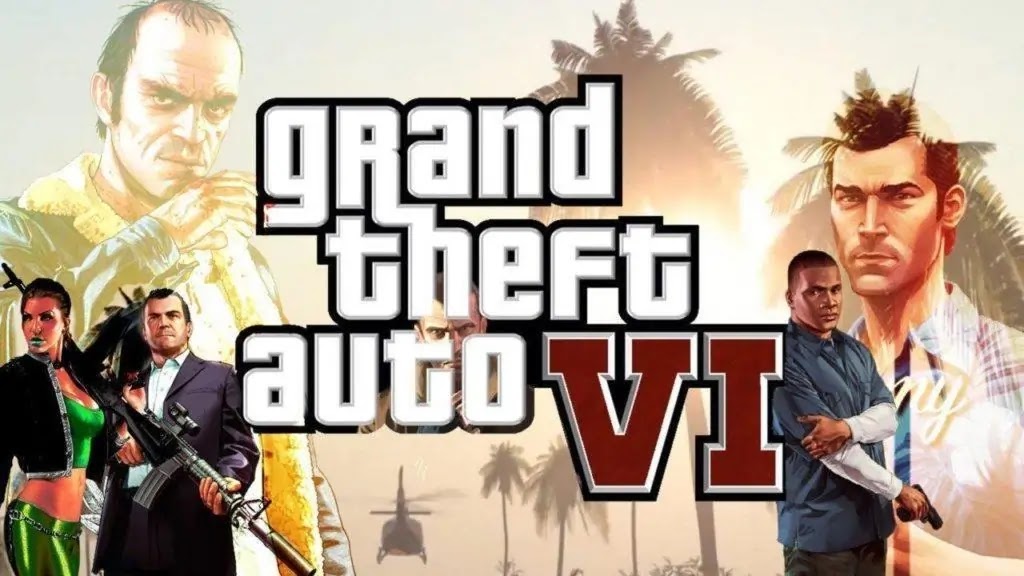 Nearly 100 videos purporting to show Grand Theft Auto VI development footage have just been posted online by a GTAForums user who also claims responsibility for the most recent Uber hack. These videos are currently trending on pretty much all social media sites.

A user going with the name 'Teapotuberhacker' has posted a link to the leaked videos on GTA Forum with the notes stating the videos have been gained from Rockstar’s employee Slack.

Additionally, the hacker also claims to have GTA 5 and GTA 6 source code and GTA 6 testing build, which he is now using to export Rockstar Game to prevent further leaks.

Bleeping Computer reported that the hacker is selling the source code of GTA 5 and its related assets for $10,000, but he is not selling GTA 6 source code at this time.

For proof of the hack, the hacker has posted multiple screenshots of source code from both Grand Theft Auto V and Grand Theft Auto 6 on the GTA Forum thread [now deleted] along with some wiki pages from Rockstar's Confluence wiki. 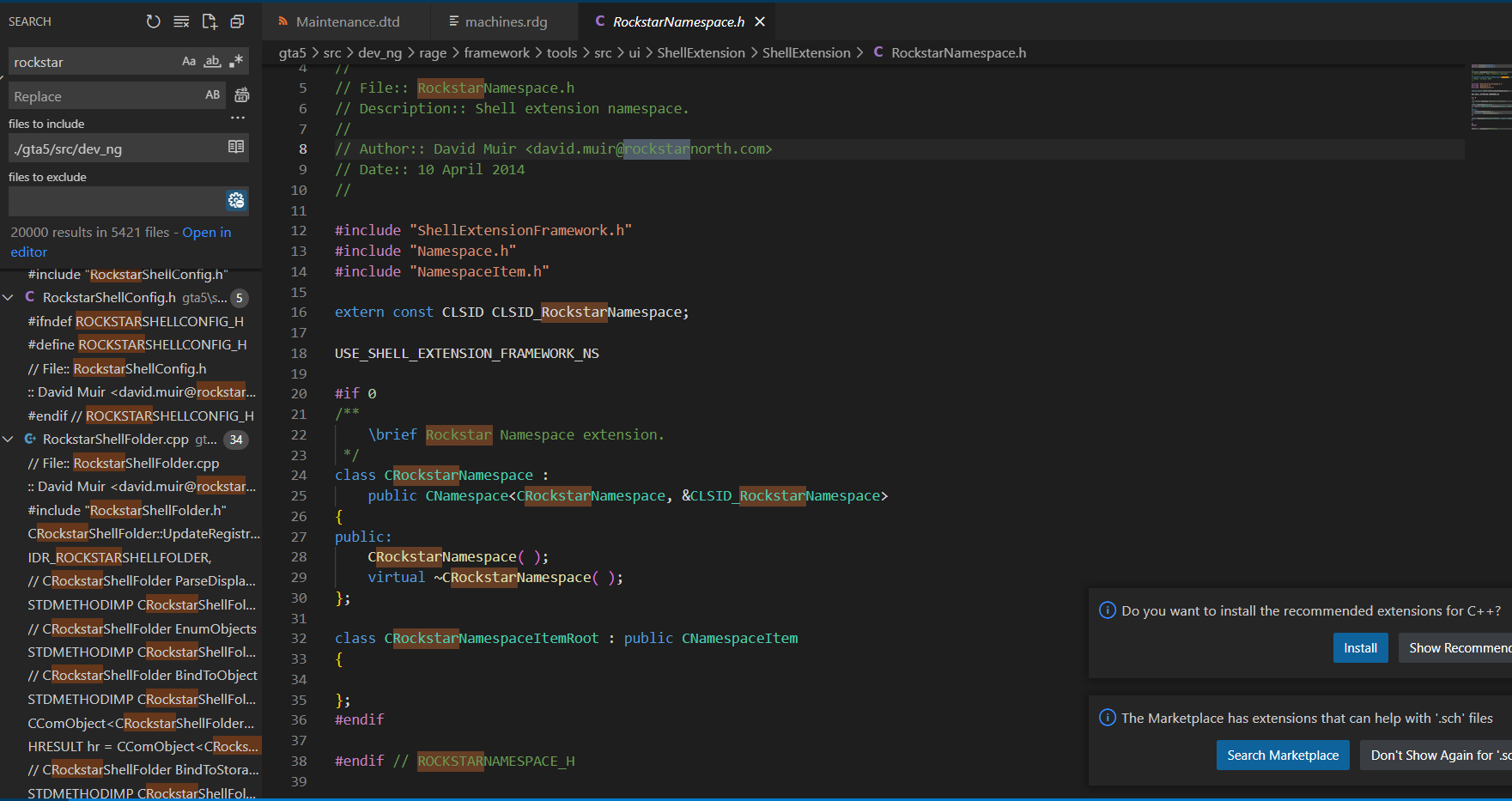 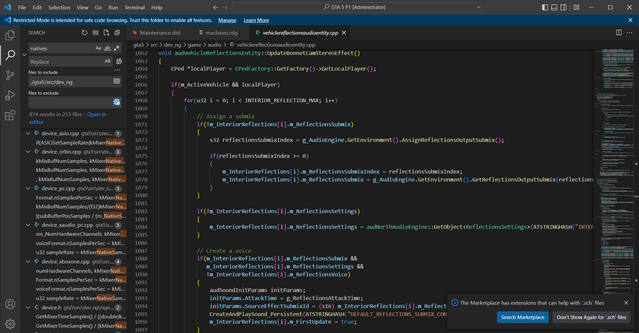 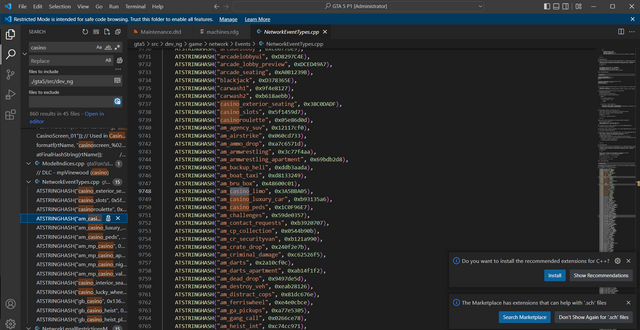 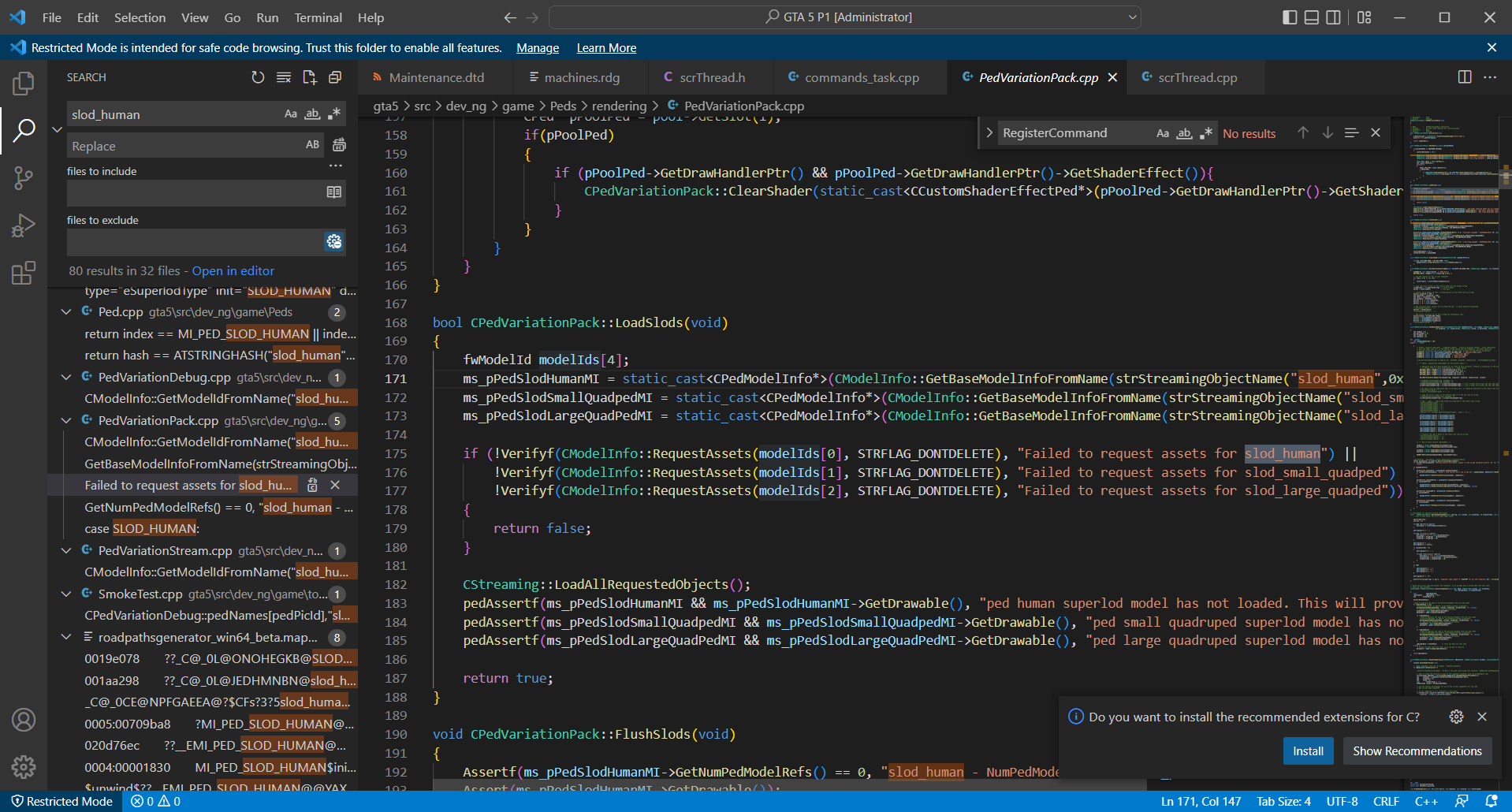 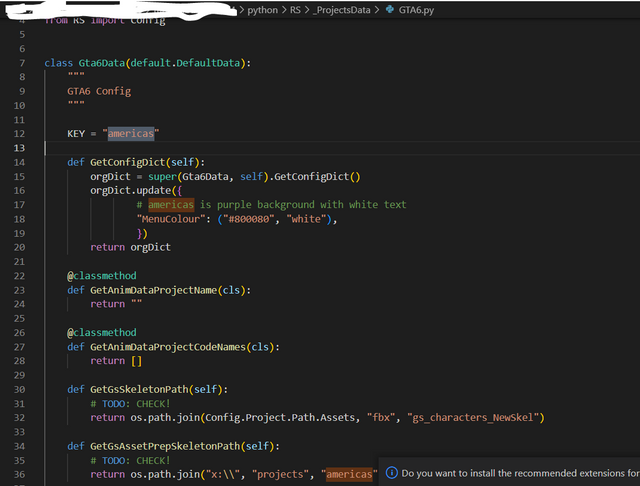 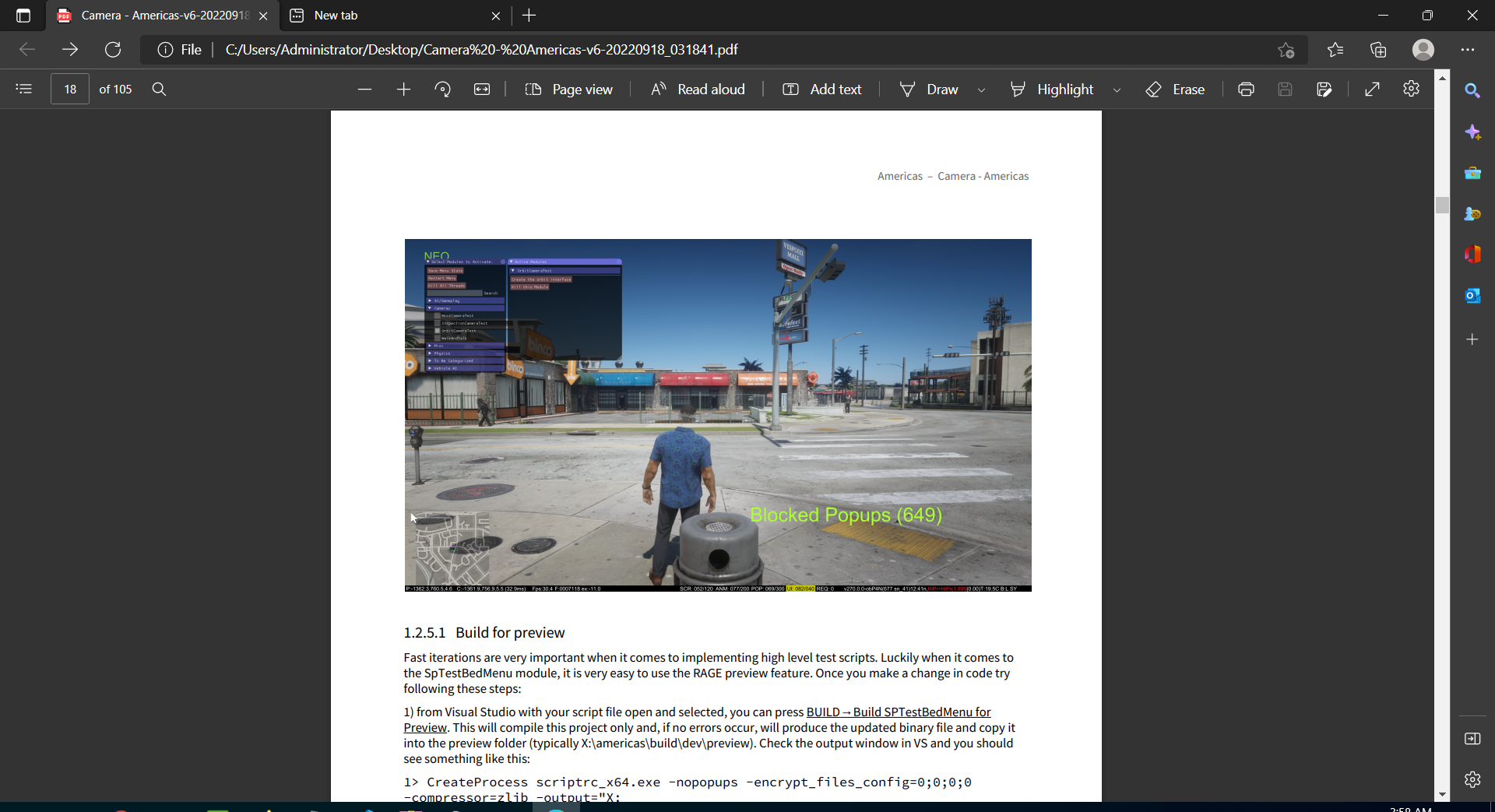 In the meantime, YouTube has removed some clips, citing copyright claims by GTA publisher Take-Two Interactive.

A Message from Rockstar Games

We recently suffered a network intrusion in which an unauthorized third party illegally accessed and downloaded confidential information from our systems, including early development footage for the next Grand Theft Auto. At this time, we do not anticipate any disruption to our live game services nor any long-term effect on the development of our ongoing projects.

We are extremely disappointed to have any details of our next game shared with you all in this way. Our work on the next Grand Theft Auto game will continue as planned and we remain as committed as ever to delivering an experience to you, our players, that truly exceeds your expectations. We will update everyone again soon and, of course, will properly introduce you to this next game when it is ready. We want to thank everyone for their ongoing support through this situation. 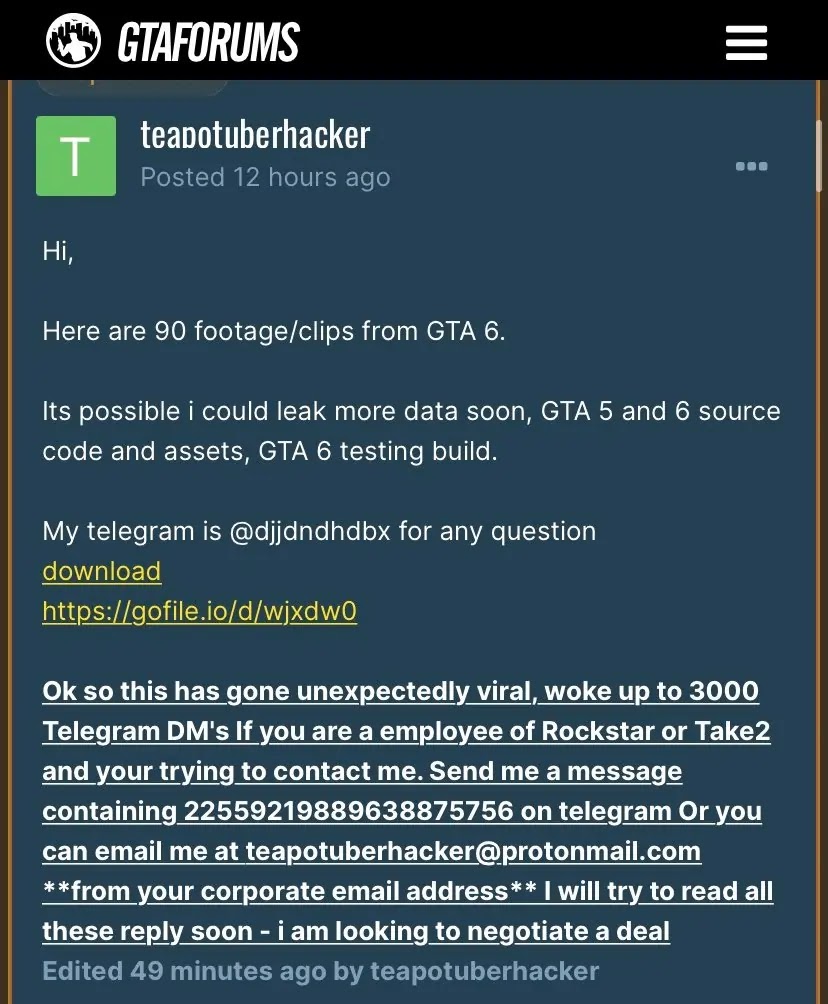 Before the post gets disappeared from the forum, the hacker updated the post with negotiating a deal and seeking Rockstar or Take2 officials to contact for a deal.