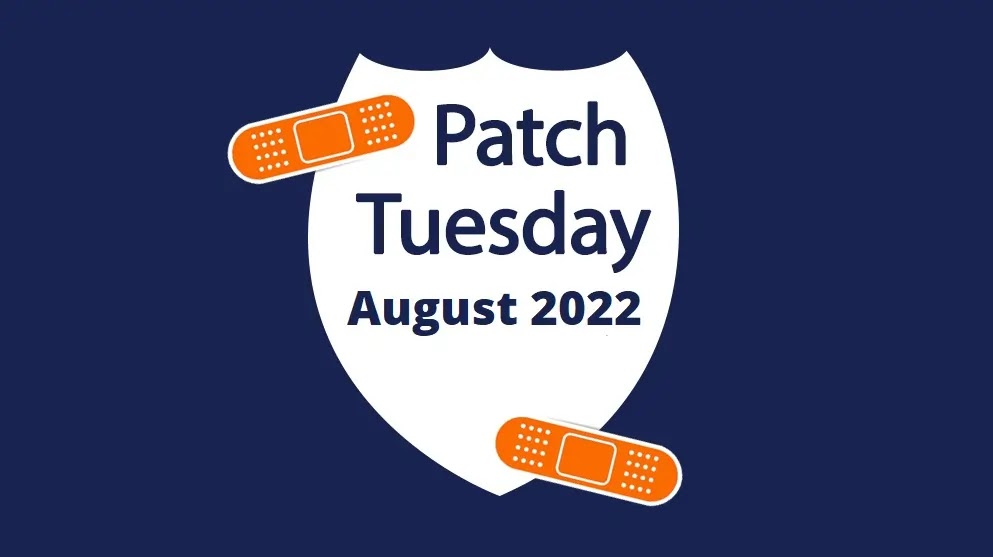 Microsoft has released the August 2022 Patch Tuesday update for Windows 10, and 11. The new update comes with a few highlights and improvements, along with fixing the actively exploited 'DogWalk' zero-day vulnerability.

Additionally, Microsoft has also pushed the updates for Windows 7 and Windows 8.1. However,  it is important to note that only Windows 7 users who have purchased extended security update (ESU) support will receive the update.

A total of 121 vulnerabilities were fixed in the August 2022 Patch Tuesday update, whereas 17 are classified as 'Critical' which are allow remote code execution or elevation of privileges.

The number of bugs in each vulnerability category is listed below:

For information about the non-security Windows updates, you can read about today's Windows 10 KB5016616 and KB5016623 update and the Windows 11 KB5016629 update. You can find standalone links to download the new update on Microsoft Update Catalog at this link here.

More Tuesday updates from other companies

Other vendors who released updates in August 2022 include:

With all the above security updates, Microsoft has also announced the End of Servicing for Windows Server version 20H2.

"As of August 9, 2022, all editions of Windows Server, version 20H2 have reached the end of service. The August 2022 security update, released on August 9, 2022, is the last update available for this version. Devices running this version will no longer receive monthly security and quality updates containing protection from the latest security threats." -Microsoft says

Customers using Windows Server SAC were asked to move to Azure Stack HCI or else customers may use the Long-Term Servicing Channel of Windows Server.