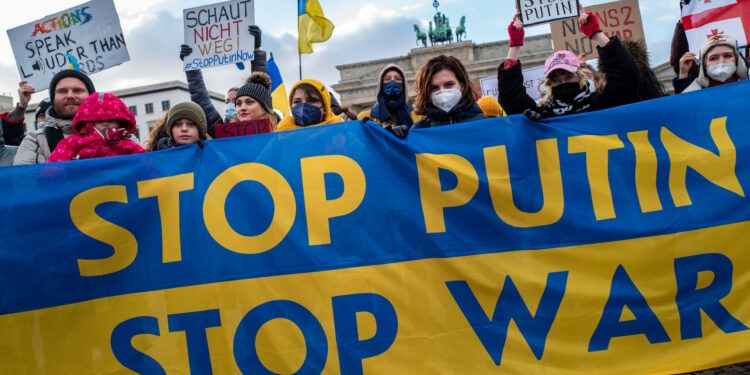 A request post for volunteers appear on hacker forums on Thursday morning after Russian forces attacked cities across Ukraine. The requested post reads-

"Ukrainian cybercommunity! It's time to get involved in the cyber defense of our country,"

asking hackers and cybersecurity experts to submit an application via Google docs, listing their specialties, such as malware development, and professional references.

The post was published by Yegor Aushev, co-founder of a cybersecurity company in Kyiv. Aushev wrote the post at the request of a senior Defense Ministry official who contacted him on Thursday. Aushev's firm Cyber Unit Technologies is known for working with Ukraine's government on the defense of critical infrastructure.

A couple of people involved in the project confirmed that the request came from the Defense Ministry on Thursday morning.

Aushev said the volunteers would be divided into defensive and offensive cyber units. The defensive unit would be employed to defend infrastructures such as power plants and water systems. In a 2015 cyberattack, widely attributed to Russian state hackers, 225,000 Ukrainians lost electricity.

Aushev said he already had received hundreds of applicants and was going to begin vetting to ensure that none of them were Russian agents.

Researchers at the cybersecurity firm ESET discovered a new piece of destructive software was found circulating in Ukraine, hitting hundreds of computers. Suspicion fell on Russia, which has repeatedly been accused of hacks against Ukraine and other countries.  But Russia has denied the allegations.

A number of organizations in Ukraine have been hit by a cyberattack that involved new data-wiping malware dubbed HermeticWiper and impacted hundreds of computers on their networks, ESET Research has found. The attack came just hours after a series of distributed denial-of-service (DDoS) onslaughts knocked several important websites in the country offline.

In this ongoing Russian-Ukraine war, now this is getting into the digital world also. The Anonymous hacker collective came forward for the support of  Ukraine. 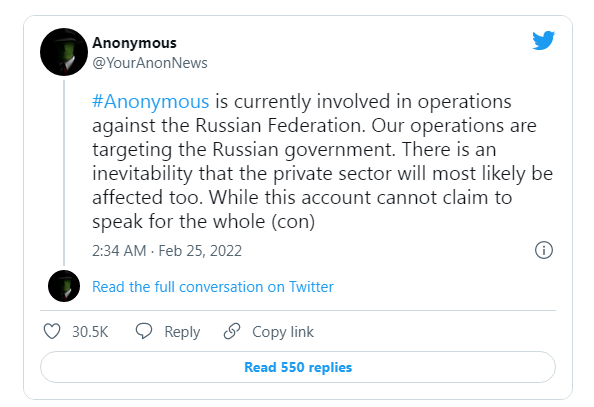 Various Anonymous accounts were found using the #OpRussia and #OpKremlin hashtags on Twitter, similar to the #OpISIS campaign that was launched earlier in an attempt to take down the terrorist organization’s online propaganda attempts.