5G in India Will Arrive for These 13 Cities First 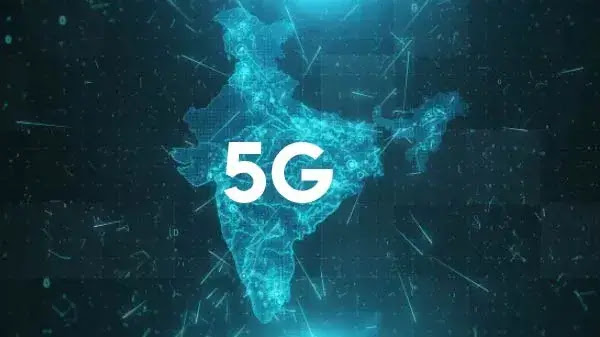 For people who can't wait, 5G is coming to some cities in India this year. They'll have everything they've been dreaming of—downloading content super-fast or being able to play games that need a good connection. It's not available nationwide yet, but it will be in cities like Delhi, Lucknow & Chandigarh.  Although 5G technology was supposed to be rolled out in 2021 itself, this has not happened so far.

The Department of Telecom has told the public that 5G service will be coming to 13 Indian cities by 2022. It's also worth mentioning that India's three largest telecommunications companies- Airtel, Jio, and Vodafone-Idea -have been testing 5G extensively. The Department of Telecommunications (DoT) has confirmed that these metros and big cities would receive live commercial 5G networks first.

We won't know for sure what cities will be eligible to use high-speed internet service (5G) in the year 2022. However, if present trends continue, a total of 13 big cities and 4 major metros- Delhi, Mumbai, Kolkata, and Chennai will be 5G enabled in the same year.

The abbreviation "5G" stands for Fifth Generation wireless technology. This will be the next-gen wireless technology that is set to offer data speeds of up to 10 Gbps and send data over distances as high as 1 km. Let us tell you that this technology mainly works on 3 bands - High, Medium, and Low Frequency. Internet speed varies on each band, such as 100 Mbps on low.  The speed can go up to 20 Gbps on the high band but the coverage area is reduced. Overall, the speed can be ten times higher than the 4G speed available today.

List of Cities to get the first 5G network in India

In the month of September last year, DoT recommends the Telecom Regulatory Authority of India (TRAI) should hold an auction for the International Mobile Telecommunications (IMT/5G) spectrum and respect various aspects like reserve price, band plan, and block size.

Apart from the four main metro cities, 5G coverage can expand to Ahmedabad, Bangalore, Chandigarh, Gandhinagar, Gurugram, Hyderabad, and Lucknow this year. This is a relief for people who have been dealing with the stress of unreliable 4G services.