New policy prohibits users from posting private photos and videos of people without their consent. 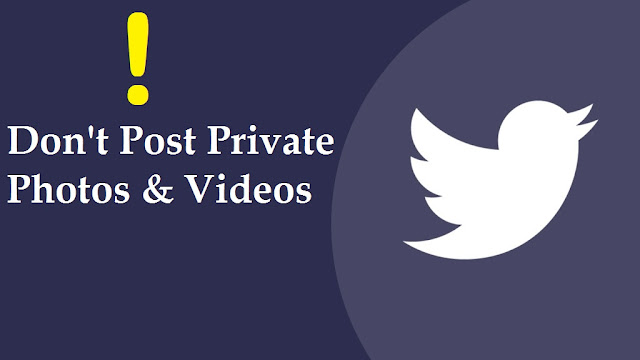 Twitter has expanded its private information policy by including private media, strictly prohibiting the policy that prohibits users from posting private photos and videos of people without their consent.

Sharing personal media, such as images or videos, can potentially violate a person’s privacy, and may lead to emotional or physical harm- Twitter says. The misuse of private media can affect everyone but can have a disproportionate effect on women, activists, dissidents, and members of minority communities.

Furthermore, Twitter also describes the following behaviors that are also not permitted:

When private information or media has been shared on Twitter, we need a first-person report or a report from an authorized representative in order to make the determination that the image or video has been shared without their permission.- Twitter added.
When Twitter gets notified by individuals depicted, or by an authorized representative, that they did not consent to have their private image or video shared, Twitter will remove it. Note that, this policy is not applicable to media featuring public figures or individuals when media and accompanying Tweet text are shared in the public interest or add value to public discourse.
However, if the purpose of the dissemination of private images of public figures or individuals who are part of public conversations is to harass, intimidate, or use fear to silence them, Twitter will remove the content in line with their policy against abusive behavior. Similarly, posting private nude images of public individuals will continue to be actioned under twitter's non-consensual nudity policy.

Beginning today, we will not allow the sharing of private media, such as images or videos of private individuals without their consent. Publishing people's private info is also prohibited under the policy, as is threatening or incentivizing others to do so.https://t.co/7EXvXdwegG