Microsoft Edge will get an Updated Password Manager in Next Update

New update will notify the user of unreliable, reusable, or compromised passwords.

Microsoft has introduced new features into the Microsoft Edge browser password manager. The program can identify unreliable, reusable or compromised passwords and notify the user.
The password manager will notify users even if the password has not been compromised, but is used simultaneously in multiple accounts, thereby reducing the security of user information.

"Starting with Microsoft Edge 91, we'll give you feedback on which passwords are unreliable and/or used in multiple accounts. This will allow users to always be informed about the level of security on the web," the experts explained.

A Reddit user using the alias u/Leopeva64-2 posted a GIF showing how the new browser interface works. Once the function is activated, the user will be shown the so-called "health scale" next to each password saved. The number of divisions on the scale indicates the security of the password. 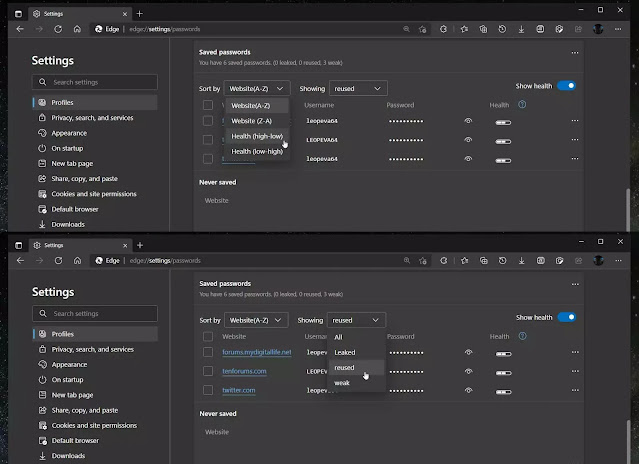 The new features will also allow you to filter credentials according to a variety of criteria, such as alphabetical or "health."

According to Microsoft's roadmap, a new version of the browser with an updated password manager will be released by the end of this month. The Microsoft Edge Canary version can be downloaded now for tests.