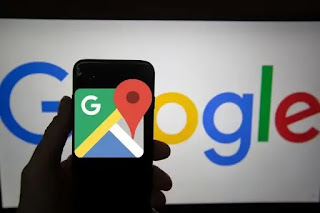 Business Insider, referring to the materials of the trial, Google employees admitted that they deliberately complicated the privacy settings for smartphone owners, so that disabling geolocation tracking became almost impossible for them.

According to the newspaper, information about this is in the materials of the lawsuit against Google. The lawsuit was filed by Arizona Attorney General Mark Brnovich.

He filed a lawsuit against Google in May 2020. In his opinion, the company is illegally tracking users' locations and keeps these tools running in the background. The management and employees of the company knew about this.

Google not only made it difficult to find privacy settings, but also pressured manufacturers, in particular LG, to keep the settings hidden in the depths of the interface, as they became popular among users.

The documents mention the question of one of the employees of the company, who wondered, "Is there a way to communicate your location to a third-party application other than Google."

Google spokesman Jose Castaneda told The Verge that Arizona Attorney General Mark Brnovich and competitors in the lawsuit "have gone out of their way to mis-characterize our services."

The portal notes that Google employees appear to have admitted that users were frustrated by the company's aggressive data collection practices, potentially harming its business.

“This is probably how Apple can beat us,” said one Google employee, adding that Apple was “more likely” to let people use location-based apps and services without sharing data with Apple itself.