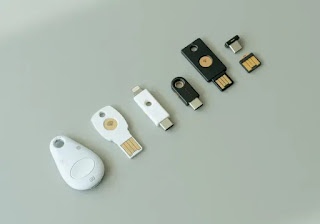 A vulnerability in devices allows recovery of the primary encryption key and bypassing two-factor authentication.

French security researchers at NinjaLab have discovered a dangerous vulnerability (CVE-2021-3011) in the chips used in the Google Titan and YubiKey hardware security keys.

According to experts, a side-channel attack cannot be carried out remotely, over the Internet or over a local network. To use a Google Titan or Yubico security key, an attacker first needs to open the device's case, and it is quite difficult to do this without damaging the plastic.

“The plastic housing is in two parts, which are firmly glued together and are not easy to separate with a knife, cutter or scalpel. We used a hot air gun to soften the white plastic and be able to easily separate the two body parts with a scalpel. The procedure is simple enough and, if done carefully, keeps the PCB safe, ”the researchers noted.

The researchers said that by examining about 6,000 operations performed on the NXP A7005a microcontroller, the chip used in Google Titan security keys, they were able to recover the primary ECDSA encryption key to sign every cryptographic token ever created on the device.