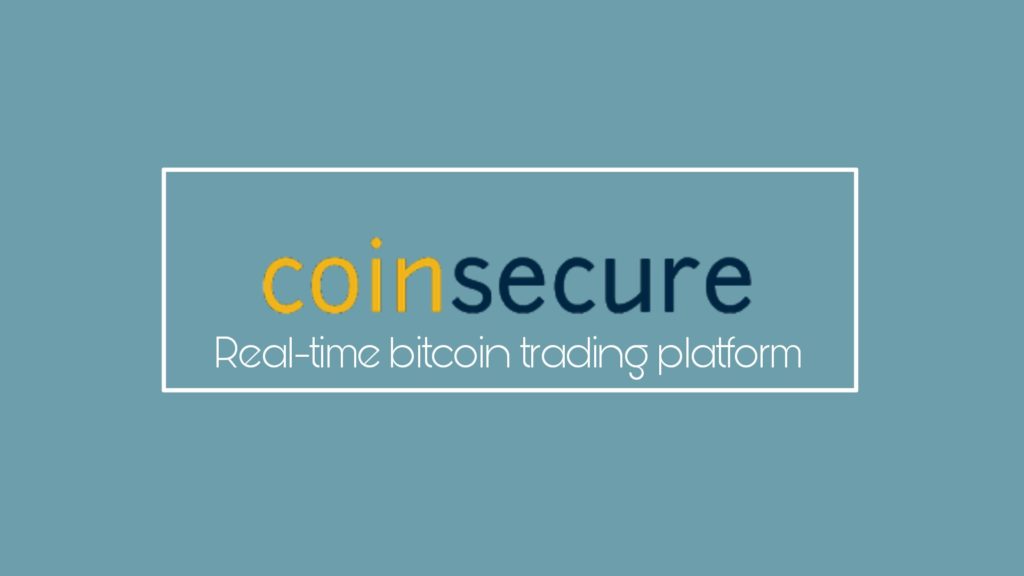 India-based Cryptocurrencies exchange, CoinSecure, has reported that 438 bitcoin whose current value is $3.3 million have been stolen from the exchange's main wallet.

The announcement has been made by posting two images of a copy of the company's statement regarding theft and another of a police complaint copy, on its homepage. Coinsecure CEO has filed a complaint to New Delhi Police and has pointed to exchange CSO Dr. Amitabh Saxena. 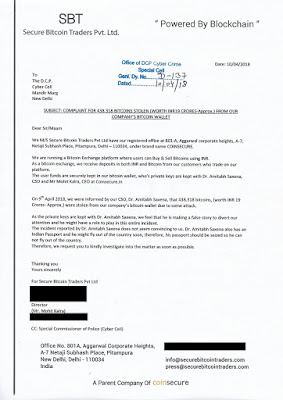 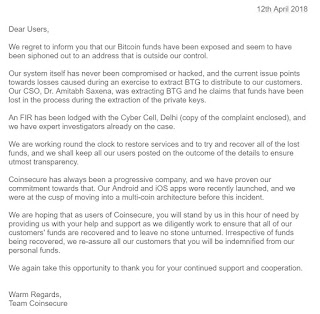 "Our CSO, Dr. Amitabh Saxena, was extracting BTG and he claims that funds have been lost in the process during the extraction of the private keys," the Coinsecure team said. But on other hand, Dr. Saxena informed Coinsecure that the funds "were stolen from [the] company's Bitcoin wallet due to some attack."

Exchange CEO Mohit Kalra didn't hear its own collaborators and filed a complaint stating that they are making fake stories for diversion. Kalra asked authorities to seize Dr. Saxena's passport so that he could not go outside India.

The theft incident occurred just four days after the announcement from the Reserve Bank of India (RBI) to local banks and financial institutions from dealing in cryptocurrencies, which causes a mass panic in the Indian cryptocurrency market.
#Bitcoin #Crypto Currency #Cyber Fraud