New Gmail will also have 'Confidential Mode' for Better Security

Gmail new design will have Confidential Mode and self destruction features

Hope you have heard that Gmail is getting big update on its looks and interface within next weeks, but here is another great thing that Google going to introduce in Gmail.

Verge reported that new Gmail will also have a new and great feature called 'Confidential Mode'.
This mode will add an extra layer of security to messages that you wish to remain private. Moreover, Users will also have an option to lock the email with the password. 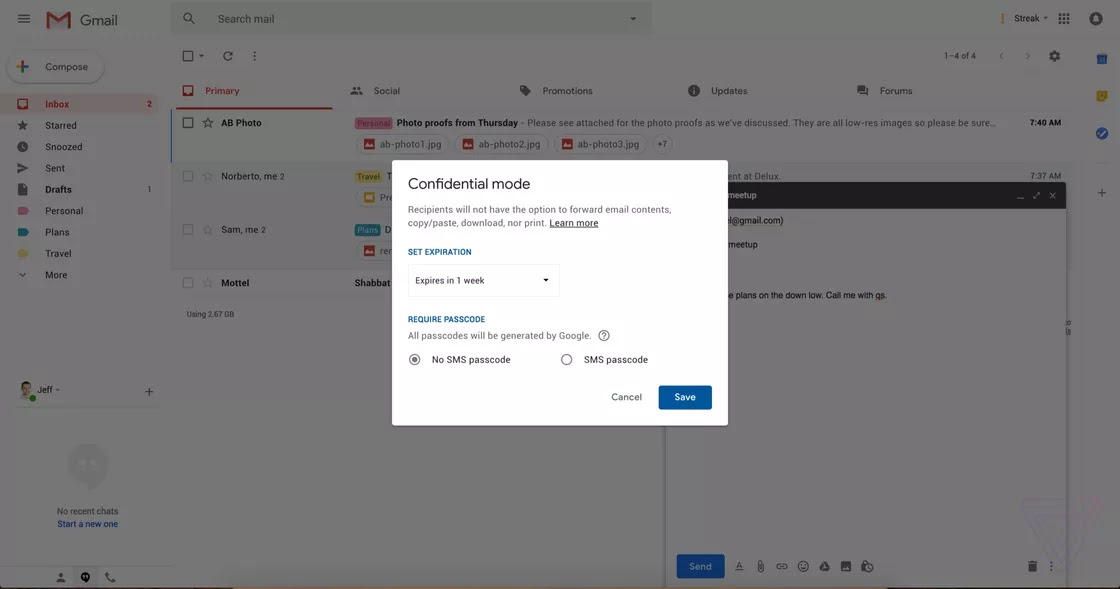 Confidential Mode feature, which might be revealed as soon as May 8 during Google's annual developer conference, reportedly lets senders choose to block the recipient of the email from doing certain things with the message, like forwarding it, printing it or even copying the contents.

Another thing is here to mention is new Gmail will also have self destruction options which will automatically delete the mail after certain period of time.

Google has confirmed its Gmail update is coming soon, and a message to an early access program revealed that it should be available in the coming weeks.

Google also confirmed that it will not scan any content of the mail which will shows relevant ads, but ads will be displayed in respect to the users search queries.