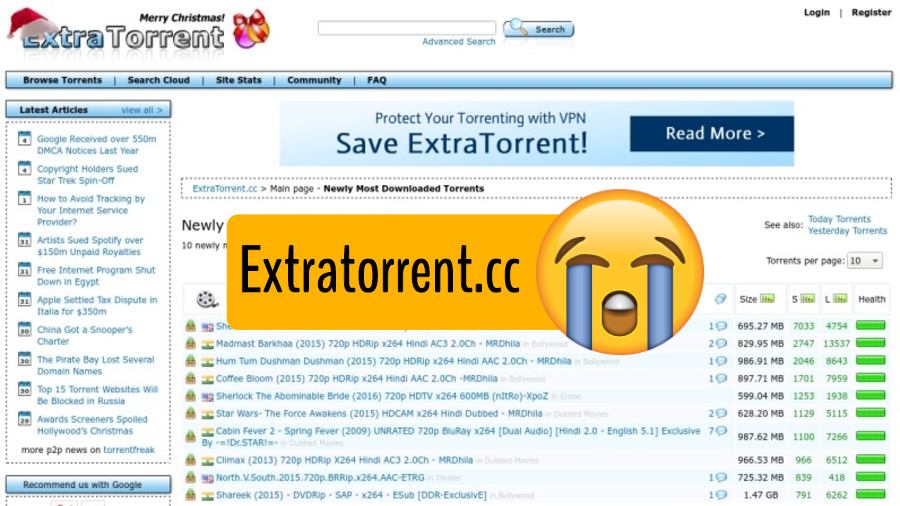 Another most popular torrents site 'Extra Torrents' ET has announced of it's permanently shut down just few minutes back.

After Kickass Torrents and Torrent.eu, this is another farewell for popular torrents site.

Users who are visiting the ET site are welcomed by a short but clear message, indicating that the popular torrent index will not return.
Message reads-

It is quite shocking for the Internet community to see such a massive platform going down without stating any reason to its users. It must be noted that as of November 2016, ExtraTorrent became the world’s second-largest torrent site, after The Pirate Bay.
#News #Torrents