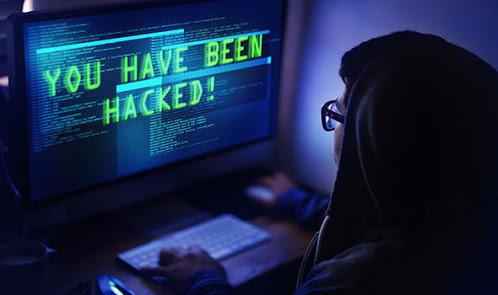 If you are a users of Android Forums (androidforums.com) then here is a bad news for you all, because it is the latest site suffered from data breach.

Popular Android forum have announced the data breach notification and confirmed they’ve been able to identify the alleged compromised accounts, in response to the incident they have reset the passwords for those accounts.

Moderator said overall about 2.5 percent of users have been affected by this security breach.  However, most the accounts were older and half of them had never posted to Android Forums. 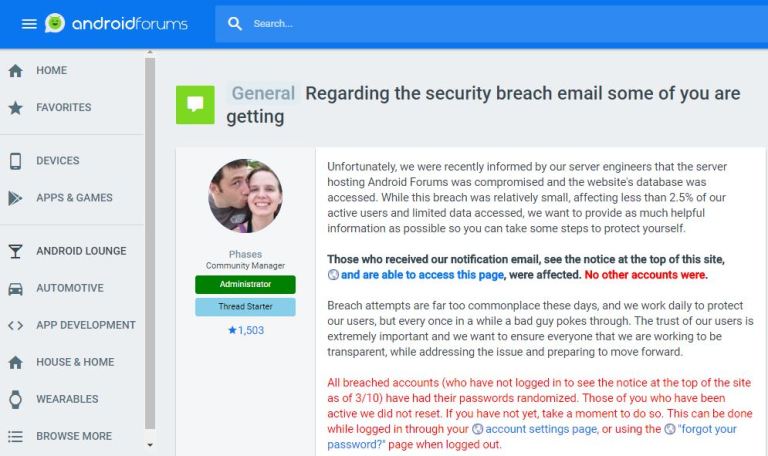 On the breach notification they wrote-


“Unfortunately, we were recently informed by our server engineers that the server hosting Android Forums was compromised and the website’s database was accessed.”  “While this breach was relatively small, affecting less than 2.5% of our active users and limited data accessed, we want to provide as much helpful information as possible so you can take some steps to protect yourself.” - they added.

On this breach hackers had accessed email address and salt hash password.

Moderator have also mentioned that they have identified the flaw that hacker had exploited and quickly implemented the fix. Moreover they had also implemented more security and further measure to harden the site.

Below the data shared by the administrators in the advisory:

This is not the first time that Android forum have suffered from data breach, earlier also on 2012 it suffered from huge breach, where 1 millions users have been affected.
#Android #Data Breached #Security