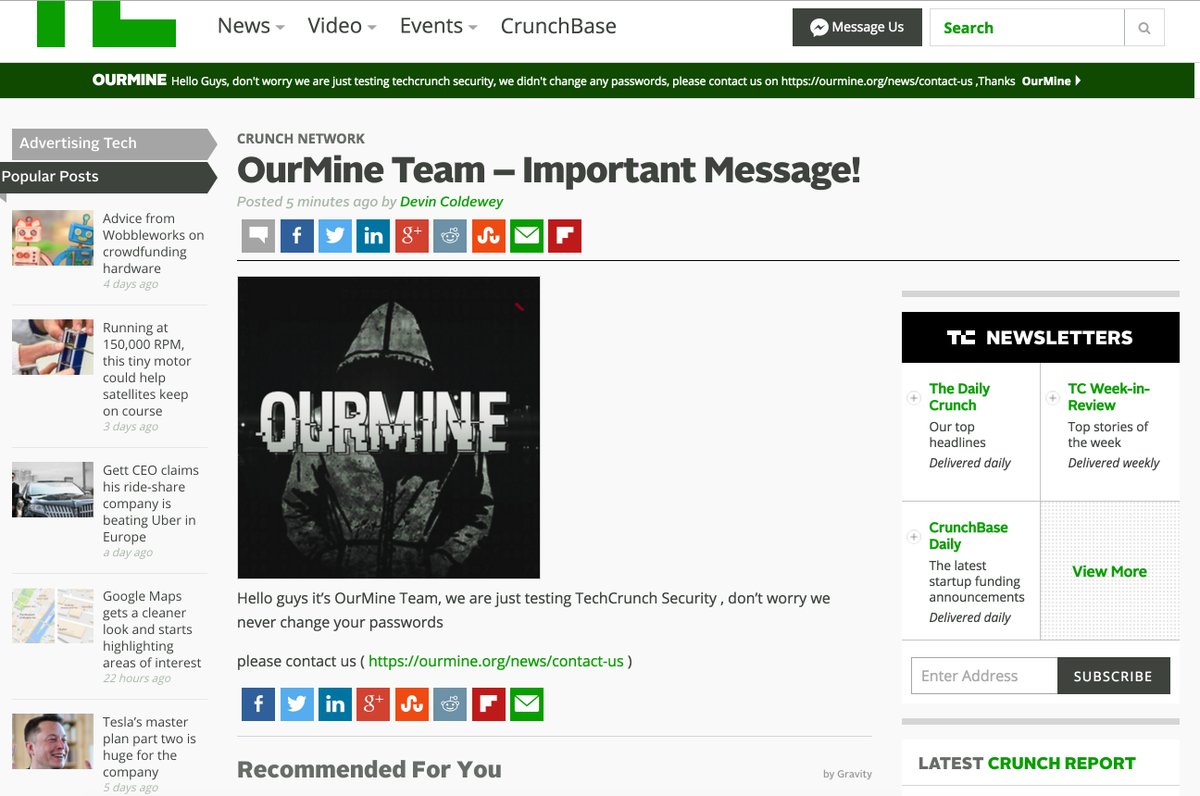 OurMine team is getting famous from couple of months ago, after they hacked into Twitter account of Facebook CEO
Mark Zuckerberg and Google CEO +Sundar Pachai.
Recently they have also DDos the most popular game PokémonGo server.

TechCrunch uses most popular WordPress CMS for there site. As hacking team have just posted an article on the site with the title "OurMine team- Important Message". They can deface the site and also do posts of many things, but they didn't and just leave a message on the post saying-

At the mean time, post has been deleted but you can still check it from Google cache.