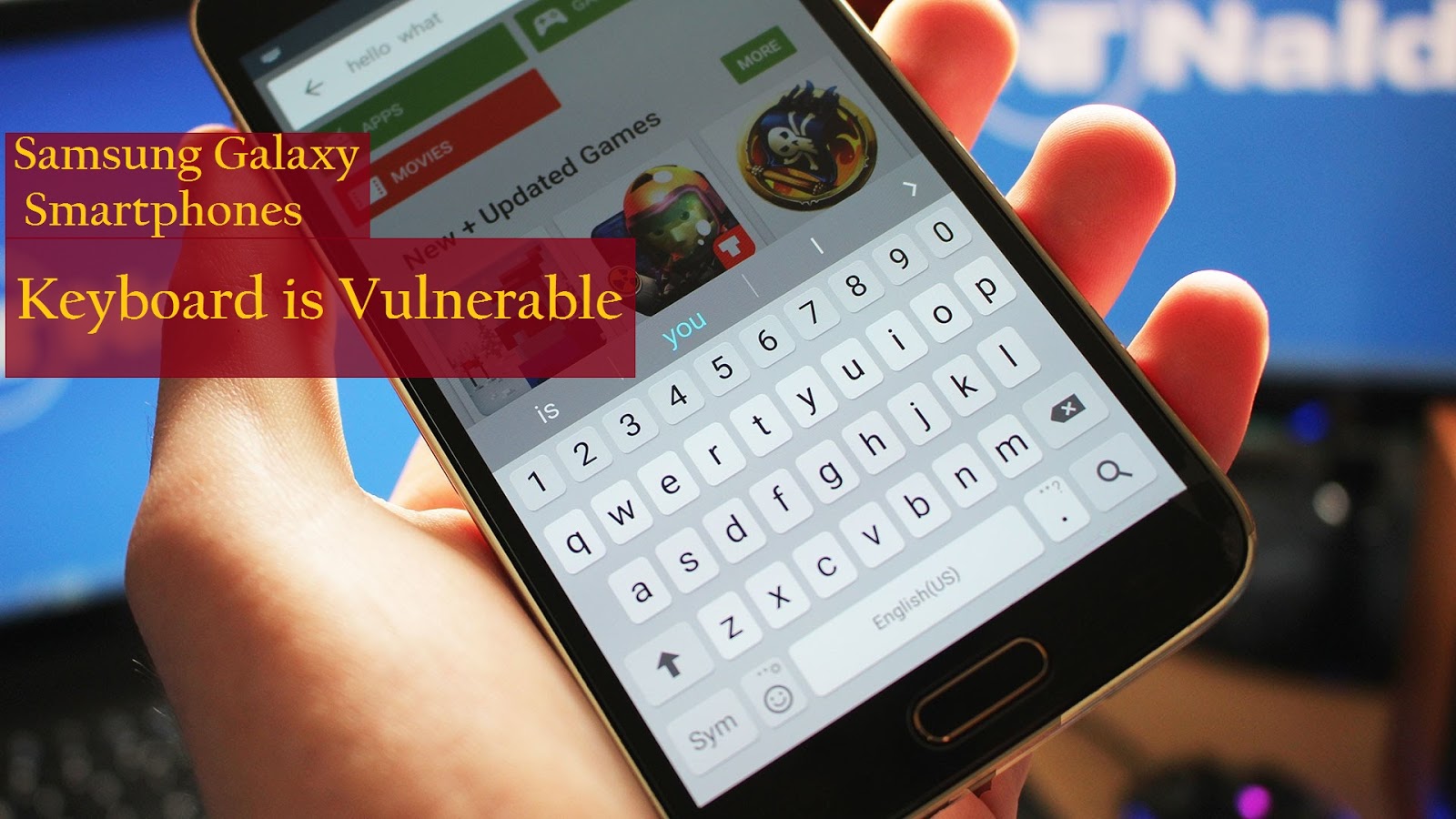 If you are using Samsung's smart phone then here is something serious issue you have to check look out. Over 600 million Samsung mobile device users, including the latest released Galaxy S6 - have been left exposed to a critical security risk.

Ryan Welton, security researcher from security firm NowSecure, had demonstrated the exploit at the recent Black Hat Security Conference held in London. The security vulnerability arises from SwiftKey keyboard that comes pre-installed on a number of Samsung devices. The keyboard which cannot be disabled or uninstalled allows hackers easy access to users' devices.

The vulnerability is in the update mechanism for a Samsung-customized version of SwiftKey, available on the Samsung Galaxy S6, S5, and several other Galaxy models. When downloading updates, the Samsung devices don't encrypt the executable file, making it possible for attackers in a position to modify upstream traffic, such as those on the same Wi-Fi network, to replace the legitimate file with a malicious payload.

On the conference researcher demonstrate the exploit and mention the flaw leads attacker perform various task, which are -
Not using Swift keyboard ? Still you are Vulnerable.
Most weird thing so that, users who are not using the Swift keyboard as a default then also the exploit is still possible. The attack is also possible whether or not a legitimate keyboard update is available.

Security firm, NowSecure had reported the security issue to Samsung in November 2014. However Samsung reportedly gave a patch to mobile operators across the world, it is unclear if carriers have passed the fix to all users.

The list of affected devices includes Galaxy S6, Galaxy S5, Galaxy S4 and Galaxy S4 Mini, however, NowSecure cautions that this is not an all-inclusive list of impacted devices.
#News #Research #Samsung