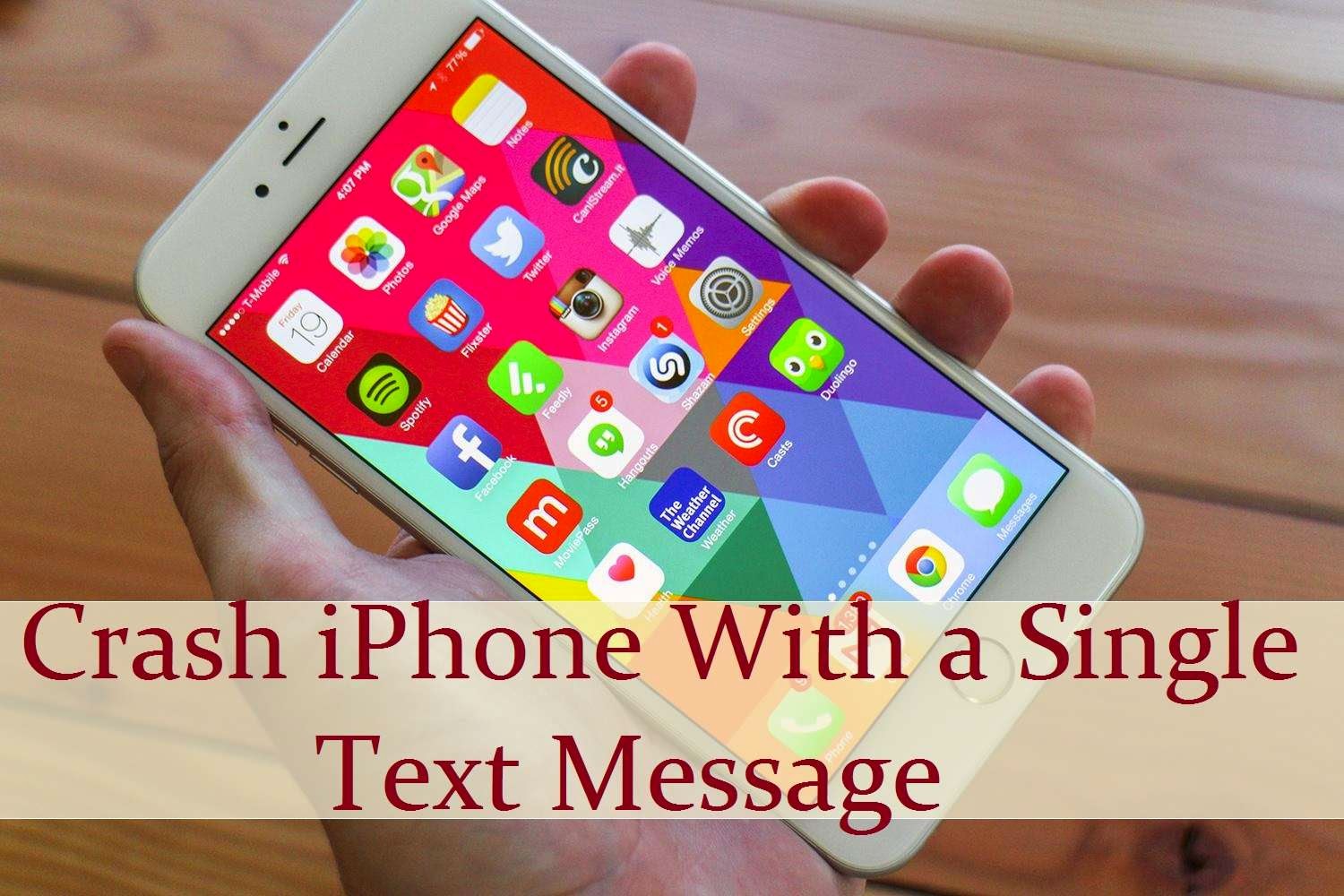 IPhone gets continuously rebooted until and unless someone again send a message to the device. But this iOS bug only exploited when this crafted message is sent from iPhone to another iPhone.

One good news is that the bug is not affecting iPads. IPods and MAC Computers.

When the user receives the message, he is not able to reopen the Messages app without reboot the mobile device. The only way to stop the problem is to get the sender of the malicious text message to send another message or wait for someone else to send a new one.


How to Solve this Issue?
Macrumors has published a few suggestions to solve the issue, you can get that from below.

“If you receive one of these messages, there are a few possible fixes that have worked for us and for other people who have encountered the bug. If the Messages app was opened to the conversation with the person who sent the offending message, the Messages app can be reopened to this conversation. Sending a reply message fixes the problem.
If Messages was opened to the conversation list view, the app will crash when you attempt to open it. You can fix this by having someone send you a message or by sending a message to yourself. There are several options for sending a message to yourself, including sending yourself a message via Siri or through the Share sheet in any app.
To send yourself a message in Siri, tell Siri to “Send a message to myself.” Siri will open up a dialogue where you can give her a quick message like “Fix” that’ll be sent to your iPhone to clear away the malicious message. Alternatively, you can open an app like Notes, craft a quick note, and use the Share option (the little document with an arrow) to message it to yourself. Sending yourself something though the share sheet of an app opens a new messages window where you can enter your own contact information.”


Its good that the bug didn't caused any long-term damage to the receiver iPhone. And it neither effect to the users stored data.

In an email send to the WallStreetJournal, Apple Promises Fix for iPhone Messaging Crash Bug. Apple says, “We are aware of an iMessage issue caused by a specific series of Unicode characters and we will make a fix available in a software update.”
#iPhone #News #Security