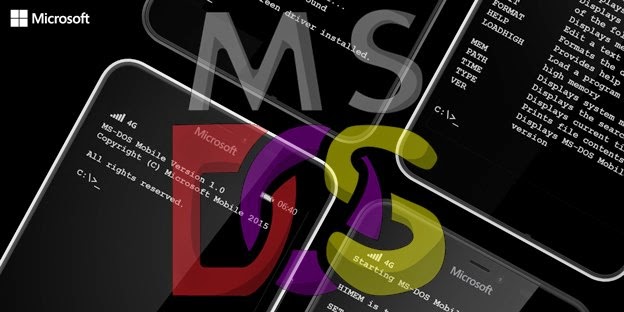 On this April Fool Day, amazing news from software giants Microsoft side, but this is not playing fool day. Today Microsoft is going back to where productivity started for millions of people, launching a beautifully simple OS, "MSDoS" for mobile.

Didn't believe? But that's true. Earlier I too didn't believe and thought it's related to April Fools’ Day. This is one of the most elaborate April Fools’ pranks I’ve ever seen and it’s a bit closer to the reality.

Microsoft says - The MS-DOS Mobile preview is an essential download. Whether you’re going back to BASIC, or simply booting into DOS for the first time, MS-DOS Mobile marks the next step in Microsoft’s reinvention of productivity.

This OS allows users to run numbers of pre-installed apps and that too also from the popular C:\ prompt. You can also check the demonstration video of the MSDos OS on Lumia Smartphones.
Download the MS-DOS OS app for Lumia phones from here.
#Gadgets #Microsoft #Mobile